I had the privilege of attending my monthly FIABCI-Houston luncheon this past Wednesday, March 19th with special guest speakers: The Honorable Geert C. Visser, Houston Consul General of The Netherlands, as well as Mr. Frans Gilebaard, Developer.

The Hon. Geert C. Visser began the presentation with the many accomplishments of his country in the fields of transportation, engineering, banking and more. The discussion then focused on the tremendous amount of Dutch foreign investment in the US as well as the remainder of the Americas. What was surprising is that in the past, the Dutch were the # 1 foreign investor in the States. This number is now believed to the #3, which astounded the FIABCI members and guests in attendance.

His Honor stated, "Holland is the doorway to Europe" and went on to explain how any US investor would be wise to consider a partnership with The Netherlands when seeking entry into the EU, as well as Asia, Russia and Africa. As The Netherlands has been a trading country for over 900 years, he explained that businessmen and women in his country are well educated, multi-lingual and very savvy as to the customs and nuances of doing business throughout the world and would be a great asset to educate a US investor so as to avoid costly and perhaps deadly mistakes when trying to go it alone. An example of such a mistake was the Tandy Corporation, who brought in Radio Shack stores into England and Europe. In doing business as they had in the States, they started advertising pre-Christmas sales way in advance of the accepted norm to do so in the area. This caused such a furor that it basically denied this company any chance at establishing a good business base over what was simply a timing error. Naivete can be very costly when dealing with foreign customs and cultures and is even more reason that an investor should consider partnering with an entity able to bridge the gap between the two.

Our second speaker was Mr. Frans Gilebaard, a local developer who was born and raised in The Netherlands and brought to us his first hand knowledge of both inbound and outbound investments. He highlighted the various contributions to the world, including the engineering feat of keeping afloat The Palm Island development in Dubai, United Arab Emirates. Dutch engineers were also consulted with regard to design and correction of the levies in New Orleans, La.

Mr. Gilebaard also stated, "Whatever country you go to, you have to have an understanding of the nuances of business that affect you". He highlighted the incredible history of KLM, the national airlines of The Netherlands based out of Amsterdam's Schiphol International airport, located 20 minutes (17.5 km) southwest of the city. KLM first came to Houston in 1957 when they recognized the potential for investment for their countrymen in the oil industry. In fact, one would be wise to watch where KLM establishes routes as an indicator of potential investment opportunities around the world.

Speaking of Dutch investors, it was highlighted that most foreign residential investment (holiday homes) are purchased in warm, sunny climates but commercial investments span the globe.

In closing, it was reiterated that a smart US investor would be very wise, indeed, to make a business plan that includes proceeding through "The Gateway to Europe". Show All Comments
Rainmaker
149,202
Krista L. Walker
Coldwell Banker Pro West - Medford, OR
Oregon- Homes & Real Estate for Sale
Christi- thanks for all of the great information.
Mar 21, 2008 07:30 AM
LIKE
#1
Anonymous
Anonymous

It is my pleasure. I highly recommend that you attend your nearest FIABCI meeting with the contemplation of joining this esteemed group. You will be amazed at the level of networking as well as the international information you received from its members. The trade missions alone will make it worth your while. Let me know if you need a sponsor and I would be happy to talk to you. Have a Happy Easter and thanks again for commenting. I always enjoy reading your contributions to this community. 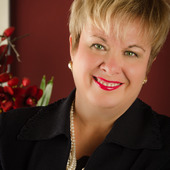