After a bit of a hiatus, it's back to the same ol' same ol' around here.  It'll never cease to amaze me how some are surprised at pedestrian deaths when the crosswalks never cross their minds.

This death falls under the watch of perhaps my favorite sheriff of all time- Polk County Sheriff Grady Judd.

A Polk County pedestrian was killed late Saturday after being hit by a car in Alturas.

The Polk County Sheriff's Office said 33-year-old Mark Piburn of Alturas was killed after being hit by a car driven by Kassie Schaefer, 24, of Winter Haven at about 9:32 Saturday night.

Deputies said Schaefer was driving a 2002 Dodge Neon northbound on Alturas Road just south of Citrus Avenue when Piburn was walking in the roadway and the incident took place.

According to a report released by the sheriff's office, Schaefer did not see Piburn until impact, after which she pulled over and called for help. Emergency responders arrived and pronounced Piburn dead at the scene.

Schaefer was treated at Winter Haven Hospital and released, the report stated, adding that the roadway was closed for about three hours.

Deputies say they don't expect to file any charges in the incident. 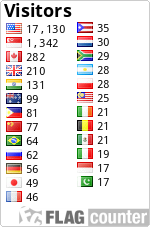 With more than 13 years of property management experience and being a licensed Florida Realtor, Dennis surely has some sort of information you'll find interesting!

Feel free to comment, send questions he may be able to help you with, or any referrals he may provide with top-notch service.

Thank you kindly for stopping and reading, and thank you for the opportunity to be of service in the future.