In a word it's somewhat tenuous.

Seven years have passed since the start of the worst housing market decline ever.

Recovery now struggles against disruptions in the overall economy.

In the first quarter of 2012 it was reported that 30% of homes nationwide were underwater.

Now some of those properties have surfaced above negative equity. Values increased during 2013, attributted in part to low inventories.  Homeownership is affordable -- more so certainly than it was 25 years ago.  In 1989 a loaf of bread was 67 cents -- gasoline has more than doubled since 1989 -- and yet a monthly payment on the average house is actually LESS than it was in 1989!

What's happening in the Pensacola Florida housing market and nationwide is many of today's homebuyers are recovering from their own personal setbacks, including bouts of unemployment.  They now face rising interest rates and stricter qualifications for mortgages.  A 1% rise in interest rates means a 10% increase in the monthly house payment.

As the housing market continues its recovery, we can expect a few things to happen in 2014:

The recovery will continue to be driven by a combination of elements including home inventories (supply), foreclosure rates, mortgage rates, availability of credit, institutional investing and factors within the broader economy.

If you are planning to sell your current home -- now may be the best time to do so -- especially if you will be buying another home.

Paula, this is an excellent report! Very well written. 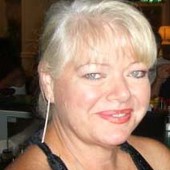