Does your landlord give you a gift each Christmas or send you Birthday cards? Why not? Does he send you ‘thank you’ notes each time he makes a car payment or send a kid off to college? Don’t you think he should? You’re paying down his mortgage and you’re giving him money each and every month. You might as well get deposit slips and make a trip for him each and every month.

It’s time you start investing in yourself. It’s time you Fire the Landlord! I’ve sold homes for nearly twenty-two years and I’ve seen people purchase houses and invest in rental properties. I’ve also seen people rent for years at a time. I own and manage properties for some tenants who have lived in a rental house for over ten years. If you’re a landlord you love these types of tenants. They are paying down your mortgage and creating cash-flow.

How do you Fire the Landlord!? You start by saving some money each month. If you plan properly you only need to save about 4% of the price of the house. If you’re a Veteran you can purchase a house with no money down. I’ve seen some people get a ‘gift’ from a mom and dad and make their dream come true. I’ve also seen people borrow from their 401k to purchase a house.

When you own a house you are paying down the mortgage each month, probably enjoying appreciation in value, and you’re writing off the taxes and interest against your taxable income. If you’re an investor you’re also writing off depreciation. So let’s look at an example I have seen personally.

I purchased one of my rentals in 2006 for $75,000 and rented it for $950 per month. My total payment to the bank is $705. That’s a profit of $245 per month and I’ve seen the house value climb to over $115,000. I’ve realized a net value increase of over $40,000 and have made about $20,500 in net rental income over that time period. Rents have increased to over $1,150 per month thanks to the tougher requirements to get a loan and more people moving into the area (pushing prices upward). Due to a few property tax increases the payment is now $725. Why couldn’t the tenant do that for himself?

There are only a few reasons why someone should rent. The first is you are saving for a down payment and you’re improving your credit situation. The second is because you’re not sure that you’ll live in the area for more than three years. Another reason is because the market values are in a period of decline. You can consult an experienced Real Estate Agent for advice.

In the above example, if the tenant had invested 3.5% down on the property and purchased it in 2006, their payment would have been about $650 (investors pay a higher rate), $300 lower than the prevailing rent. That’s a forced savings account deposit of $300 per month! Each year they would have been saving $3,600. That $3,600 could have paid for a nice car or could have been invested. And if the interest and taxes on the note would have been higher than their IRS deduction that $650 mortgage payment would have really been around $550 per month because of the tax breaks. They didn’t Fire the Landlord! They chose to give this money to the landlord. They chose to pay $950 in rent, live there for multiple years and now the rent is higher ($1,150) and the landlord now has an investment that is worth $115,000 and his mortgage balance has gone down to $68,000. If the tenant had invested in themselves and purchased the house they would have enjoyed a profit of $47,000 (current value minus current mortgage balance) and would have saved or invested over $3,600 per year. Over six and one-half years that’s over $23,400. Combine the $23,400 with the current equity of $47,000 and you get $70,400. If you’re there over six and one-half years, that’s over 78 months of paying rent. $70,400 divided by 78 is $902.56 which would have been the realized investment value. That equates to getting paid $252.56 per month to live there. If I told you that I wanted you to live on 123 American Way, Allen, Texas and I’d pay you $252.56 per month, wouldn’t you jump on that opportunity?

It’s time to Fire the Landlord! It’s time you invest in yourself!

In many areas in today's market it is cheaper to own than rent. You give the reasons people rent over buying: building credit, saving money or forseeable relocation.

Like
Anonymous
James DeLaGarza
There are valid reasons to rent but over the long run it's critical to have an investment in Real Estate. And in today's climate with rising prices and low interest rates it's a great investment.
Like
#3
Shannon Milligan, Richmond VA Real Estate Agent/Associate Broker
RVA Home Team - Richmond, VA
RVA Home Team - Winning with Integrity.

One of my clients has been renting for 9 years and finally decided to fire the landlord and invest in herself!

I sell primarily investment property and I love to see renters become homeowners. Why? because homeowners are highest and best use and they are the ones that drive appreciation which in turn in good for the investor.

Watching clients go from throwing away money on rent each month to owning thier onw home is still one of the biggest thrills for me!

Have had a number of tenants in the past that i wished had fired me. Sadly I had to fire them. Maybe in the future.

Great post James!  Now is definitely the time to invest!  I also enjoy being able to help people get into homes and out of rentals where they're throwing their money away monthly!

James, so true, why pay for someone'smortgage? We all know net worth of the homeowners is lot more than that of someone who rents the place!

I'm all for folks taking charge of their lives and getting ahead.

But, you make it sound like tenants are just shelling out money for nothing.  As a landlord, my tenants get a darn fine roof over their heads for a lot less than a house payment.

Some tenants should be giving the landlord a Christmas present for not kicking them out!

It's all a matter of supply and demand.

It makes sense to own while you travel...At the end, there is something there

Renters who are short term tenants should rent and not buy.  Renters who do not want the responsibility of home repair should continue to rent.  While it is true in some markets, one can buy for less than one can rent, the landlord is providing a service  for many who can't buy a house no matter how bad they want one.

I have rental property and the tenant does not have to pay for repairs, taxes, or insurance.  If the faucet drips, the tenant calls me the landlord and I get it fixed.

The rental business is a service buisiness and a good landlord is priceless!

@ Beverly. I explained some of the reasons why tenants 'should' rent however, the avoidance of having to deal with repairs is not an excuse. Everything comes with a cost. Even withholding money and not investing it is an 'opportunity cost'.

Your tenant is 'paying' taxes, insurance, your interest, and your principal. Unless you're taking a loss as a landlord the tenant is making your payment. What's the cost of a new faucet? A $75 plumber call and $50 part? What's the cost to paint a house every 10 years? How often do those repairs come up? It's far less expensive to own than it is to rent.

There is no such thing as 'priceless' in our business. Rental service comes at a great expense and we as Realtors need to do our job and help empower people to invest in themselves so long as the situation is right. Avoidance and/or the inconvenience of repairs is not a valid excuse.

Time to fire the landlord! 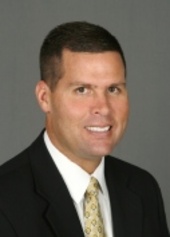