We're excited to announce that eighty-nine markets have reached full recovery and housing market price gains have achieved the greatest year-over-year increase in seven years! That’s right; the most recent Homes.com Local Market Index and Rebound Reports are in, so let’s get to it!

Apparently climate is not a factor in the housing market because Anchorage, Alaska and Hilo, Hawaii were the top-performing markets on a year-to-year basis for the seventh month in a row! Anchorage won the race with an increase of 18 percent, but Hilo came in a close second with an increase of more than 15 percent. From a month-to-month standpoint, Medford, OR saw a 1.56 index point jump, the largest gain among all markets.

The number of top 100 markets achieving a full recovery increased by one, for a total of 29 markets. On the other hand, there have been quite a few mid-sized markets that can be added to the list. In fact, 60 of the top 200 midsize markets now say that they've completely recouped their loss in home prices due to the infamous housing bubble burst. Furthermore, all 200 midsize local markets once again saw annual gains for the single-family index. All of this is great news from a national perspective, as thirty percent (89 markets) can officially say they’re back to normal, serving as proof that the nation’s housing market is rapidly improving.

From a broader scope, the West continues to dominate the midsize markets, with 9 of the top 10 markets increasing on an annual basis. On the other hand, the top 10 midsize markets were largely split between the South, West and Midwest regions on a month-to-month basis.

Here are more specific details from both reports:

Homes.com’s executive vice president Brock MacLean had this to say about the most recent batch of reports. “Despite the holiday season and the early winter storms in most of the nation, the number of top 100 markets to reach or surpass their peak prices at the height of the boom in 2007 increased to 29 markets, according to December’s data. With the largest year-over-year housing market price increases in seven years, the U.S. housing market is in a great position to continue making steady gains in 2014.” 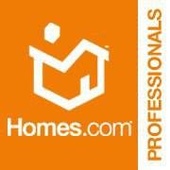