After our meetings for the day were over we headed back to the hotel to change for "Red Bash" and grab a quick bite to eat.  Having never attended before I didn't quite know what to expect.

When we returned to the Phoenix Convention Center we were directed back to the "Main Stage" area only this time there were no chairs.  The huge room was now set with a stage with musical instruments and a secondary stage to the right.  There was also a small casino area for all to "gamble" with chips they had received from vendors during the day.  Almost immediately the lights dimmed and someone came onto the secondary stage and began to sing..no one I recognized.  Then, one right after the other came to the stage and sang as each song ended.  I began to realize those singing were Keller Agents from all over the country.  Such talent from Keller Williams!!  They sang everything from rock to country music.  By the time they had finished the casino tables had been shut down and removed.

And then Gary Keller came to the main stage and picked up a guitar.  I knew he played but didn't realize he was going to perform.  As the other band members came to the stage I was thinking...hmmm...am I going to like this?  I thought they were great!  They played Pat Benetar, Journey and a bunch of songs from over the years...I was impressed.  One of their daughters sang lead on some of the songs and she was fantastic.

When they were done and the stage was changed over Kenny Loggins then came to the stage. I have always liked Kenny Loggins but I hadn't heard him in a long time.  So again...I said...I don't know... But he sounded fantastic and he looked good too!  How can you not like to hear Danger Zone or Footloose or I'm Alright in person?  Everyone around me was dancing and rocking like crazy.  By the time the show ended it was well after midnight and we had been hearing great music for over 5 hours.  The pictures I took were in the dark so they are not great but you get the gist!

So 10,000+ people headed out of the convention center and back to their hotels for a good nights rest.

It sounds like a rock-n-roll fun event! Glad you enjoyed and thanks for sharing the photos Debra :)

Like
Barbara Jenkins
Solid Source Realty - Loganville, GA
Its about THE house

How fun Debra! I worked with Keller Williams for 5 years and never made it to a family reunion, so I enjoyed your review/ report.

That sounds like a lot of fun. Yes, you do have a lot of talent in your organization.  - Debbie

From the way you described it, Gary Keller seemed like rockin' it in the convention and the audience were liking it as well. You must have had a great time.

I hope you win something from the vendor chips.

Sounds like a good time. I'm new to KW, but hope to make it to family reunion next year!

Debra my AR friend, y'all sure are getting to learn a whole lot and getting to have a mighty enjoyable time as the Family Reunion Keller Williams event continues.

How is the one member of your group that got hurt the first day doing?

Ive heard so many good reports...going to have to try and make it next year!

Debra, Sounds like a great event!  I wish that we couldv'e attended!  We are planning to go next year to Orlando.

Debra, I think of you at your event and just know you are getting wonderful energy from all around. I still remember one of my conventions at the Gaylord in Orlando in 2007. It was electrifying.

Debra _  Thanks for this post.  Enjoy this expience.  It looks like you are really enjoying yourself and learning so much.

Cool! Family Reunion sounded like fun! I've never gone to one of these events, but I know a lot of colleagues who showed up this year. I love Kenny Loggins!

Debra, Danger Zone is my song!  Did any F-14's do a fly by???  Glad you had a great time!!!!  At the NAR Convention in San Francisco they had Foreigner for their concert and it was great!!!

Thanks everyone for your comments!

For everyone that didn't attend I suggest it highly and for Orlando next year don't forget to look me up!

Sounds like another educational and fun day all in one. I am hoping to make it next year.

Hello Debra and VB loves music ... Featured to the group:

EXPRESS WITH MUSIC AT ACTIVERAIN

Stefan you should definitely go! 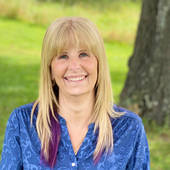