During the company’s annual convention in Phoenix, Keller Williams CEO Mark Willis announced that the company’s associates had both outpaced the industry and shattered records in every category Keller Williams measures:
The extraordinary productivity gains drove profitability for franchise owners and fueled historic Profit Share distributions to associates. Ninety-five percent of offices were profitable for the year – a figure far above the standard for franchise businesses. The company shared more than $78 million with associates through its Profit Share program – an increase of 41 percent over 2012. Since the program’s inception in 1996, the company has distributed $475 million in profits with associates. It is on pace to double that cumulative Profit Share to more than $1 billion over the next five years.
The strong financial results are the exclamation point on an historic year for the Austin-based company:
“Keller Williams family, this year you showcased to the world that an education-based, technology-driven, consumer-focused company can drive innovation and excellence,” Willis said. “You’ve shown what an energized army – 96,000 strong and growing – can achieve when we all work together and are focused on a shared vision.”
During an update on the company’s global expansion, Keller Williams Worldwide President Chris Heller announced plans to open Keller Williams offices in Dubai. He also welcomed more than 130 guests from 24 countries.
Keller Williams President Mary Tennant shared that the company’s charitable foundation, KW Cares, had awarded more than $2.5 million in grants in 2013 to Keller Williams associates and family members struggling against unexpected hardships – from health issues to natural disasters, such as tornados in Oklahoma and flooding in Colorado.
“Thanks to you, Keller Williams has developed a culture of success, innovation, giving, and fun,” Tennant said. “You’ve attracted the best people, delivered the most impressive results and created the strongest culture. You and your colleagues have built the most extraordinary real estate business in the world.”
Reposted from Keller Williams Blog by John Helm of Keller Williams Market Pro Realty, Serving All Northwest Arkansas Communities.  479-287-9439 ♦ www.NWAUpscaleHomes.com or www.NWAHomeSale.com   John Helm can help you find the perfect home in Northwest Arkansas and if you have a home to sell in Northwest Arkansas, John can help you get the top sales price.
LIKE
Re-Blog
close

We are dominant now all over the country.  In Orange County our KW office has for over 14 straight months sold the most number of units. 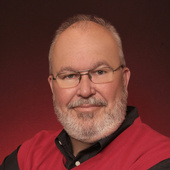