Some Nashville Realtors have received the numbers now that show a slower ascent than usual. Over the past two years, the numbers have been rising steadily, with percentages in the double digits. This past January, however, those sales only rose 8.9%. Some may see reason to worry with these numbers, but before you panic, let’s take a look at some of the factors that may have negatively affected home sales for the beginning of this year.

We’re all still reeling from the mortgage crisis, so the first sign of trouble sends us all into a panic. New federal regulations on mortgages that went into effect in January might have been the culprit for the lower numbers, though many agents aren’t too worried. While these regulations will make buying a home a bit harder for some, they’re designed to bring more stability to the market. The collapse we experienced a few years ago won’t be possible. A slower month or two is certainly acceptable if we experience a more stable real estate market in the end, right?

The new mortgage regulations probably do have something to do with the lower numbers, but we can’t forget that January was one of the coldest on record. We may not have been covered in snow like much of the rest of the country, but we did experience bitter temperatures well below freezing for nearly half the month. Who wants to get out and look at houses in that mess?

Between the new mortgage regulations and the ridiculous winter, we should be thrilled Nashville saw any kind of rise in home sales, whether we hit double digits or not. But now spring is just around the corner, and we’re primed to catch up. If you’ve been waiting for the thaw to start looking for your new home, give us a call. 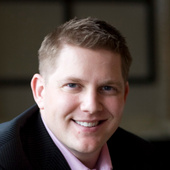