I have been obsessed lately with Malcolm Gladwell. If you haven't picked up any of his books, I strongly recommend any of them. My title happens to come from "Outliers." If I had to describe "Outliers," I would say it is a book about understanding success, what it means to be successful, what it takes to be successful, traits of success, etc.

In it, he says scientists have come up with an amount. An amount of hours it takes to become a master at something. 10,000 hours. Imagine all of the different tasks we (as Realtors) have & really should be good at. Communicating, negotiating, scripts, researching comps -and the list goes on and on. This tells me the 10,000 hours do not just stop at one topic. It covers many topics. This tells me we have 10,000 hours PER topic...which means we have many hours to go. He also goes on to say that having talent is not enough and that achievement is talent plus preparation. When the two combine, it's magic. When talent meets practicing for over 10,000 hours...that's when the elite step away from the pack. Ever heard the saying, "Hard work beats talent when talent doesn't work hard?"  No?

This is my dad. He's a prime example how practice and preparation combined equal achievement. At over 65, he competed in (and won medals) in the Sr. Olympics. When I ask him to tell me what he thinks his secret to his achievements his whole life have been credited to, he said,

"Look, I knew there were many that were faster than me. I knew that. The only way you could be good at the quarter mile was to work really hard because it was more about endurance than it was about all out speed. I knew this was my ticket. I knew I would always outwork someone. I knew you weren't going to outlast me or work harder than me."

He realized there were others more talented than he was. So, he set it in his mind that he was going to outwork them. No matter what. He prepared. He made goals. He knew where he needed to be at different times in order to be ready for competition. He practiced. He put in 10,000 hours plus. He didn't look at someone else who had achieved a certain level of success and say, "Oh, look at them. They are just too good in this field. I can't compete with them. I won't ever beat them."

How many of us set out in our career...hope we get leads, wish for business to come, spend a few hours on the phone every week, spend more time in our social lives, or watching tv instead of dedicating the few hours each day to our practice -only to get so disappointed when no business comes, and we don't feel successful when all is said and done?

Do you have 10,000 hours? You would if you didn't have a business left to go back to. Make the time. Put the hours in. Hone your skills. Perfect your craft. No excuses. You have to adopt that mindset if you don't already have it. If my 6- (ish) dad can do it.... Jamie, great read!  And, like your Dad - I'm all about out-working and out-lasting the competitors and won't accept anything less!

I always find Malcolm Gladwell inspiring.  Great example with your dad.  This is a great attitude indeed.

I've always said, if you put in the work and do it smart, you'll get the results!

Jamie, a great tribute to your Dad and a great message. Outworking the competition is a very good mindset.

Thanks, everyone! He is definitely an inspiration. I have always been an athlete, so I have known what hard work does when you really want to achieve a goal. Thank you for stopping by & commenting!

Jamie:  I love posts that teach us something about the member that wrote it.  Yours definitely provided great insight, but also a great message.  We ALL could learn from your Dad.  Be proud!

PS:  Congrats on another Feature!

Love it! When you're young though, it's really hard to understand this concept. I remember at at 26, just starting out in this field, super frustrated that I wasn't selling 40 houses a year like my office mate. If only I'd had Outliers back then :-)

Just don't be like my Father-in-law was.  He did the 10,000 hours, and was number one ... but he did 10,000 straight hours - his family didn't receive quality time during that period.  It ended up being painful for the whole family.

As a newer agent I appreciate this advice. Incentive to put the hours in, keep taking action and improving, and the skills and business momentum will be there. 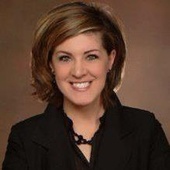