Since the housing crash in 2008, 4.6 million homes were lost to foreclosure causing the majority of those homeowners to become renters, according to CoreLogic. According to Harvard’s Joint Center for Housing Studies, there are now 43 million renter households. That’s 35 percent of all U.S. households, the highest rate in more than a decade for all age groups and 4 million more renters than there were in 2007. The influx of renters has lead to highest rental rates since JCHS began keeping records in the early 1970s.

“We are in the midst of the worst rental affordability crisis that this country has known,” said Shaun Donovan, U.S. Secretary of Housing and Urban Development. 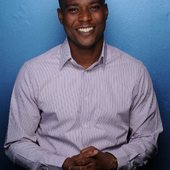