The Top-Selling Master-Planned Communities of 2013

Home sales at the nation’s top master-planned communities (MPCs) continued increasing in 2013 to the highest levels since 2007. Every year since 1994, RCLCO has conducted a national survey identifying the top-selling MPCs, followed by in-depth interviews among the top 20 to reveal the trends behind the numbers. Based on final reported sales, sales in the top 20 are over 6% higher in 2013 than in 2012, pushing sales at the top 20 communities to nearly 15,150. An overarching issue among the top-selling communities in 2013 is the availability of lots and entitlements to meet increasing household demand. In more mature communities, land supply is diminishing and impacting their ability to capitalize on product segmentation, while in other communities, challenges related to entitlements and new lot development have hindered sales potential. New communities that are replacing the “mature” communities have seen some of the most significant increases in sales. Investment capital is now more readily available to MPCs compared with two years ago, as other residential investment opportunities such as multifamily are more saturated. MPCs continue to thrive based on buyers’ belief that MPCs are the best places to invest and live, enabling MPCs to maintain their strong market share from 2012, despite increased competition from a larger number of builder subdivisions.

In Houston, where new home sales increased by more than 20% overall, mature communities such as The Woodlands and Cinco Ranch continue to produce very strong sales. However, their sales declined relative to previous years, primarily because of the difficulty in offering broad product diversification as they approach build-out. However, their overall average prices are up, indicating that it is wise to balance price with velocity during the mature phase of an MPC. Although this has somewhat diminished their sales volume in many lower price points, many mature MPCs have increased sales and market share in higher price points.

Meanwhile, Houston communities with fewer land constraints have been able to take full advantage of increased demand across the region. Other Houston communities in 2013’s top 20 saw substantial increases in sales: 31% at Riverstone, 15% at Sienna Plantation, and 48% at Woodforest. Woodforest added new builders this year, opened an elementary school, and developed new neighborhoods, resulting in a wider range of price points overall. In addition, it is benefitting from a strong empty-nester market (nearly 40% of their sales) as well as households moving out of The Woodlands who are capitalizing on strong resale values. At Sienna Plantation, builders have recently been raising prices in an effort to slow the pace of sales as demand has intensified. In addition to the communities listed above, Houston boasts four new additions to the survey: Cross Creek Ranch, Aliana, Canyon Lakes West, and Firethorne, some of which narrowly missed the top 20 in 2012, increased sales by 69%, 53%, 99%, and 29%, respectively, in 2013. 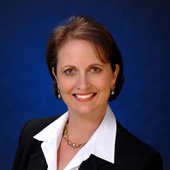 News and Information regarding the Spring/Cypress areas of Northwest Houston.