A Guest House - Is it Legal?   Yes and no.  There are several Los Angeles none Luxury Neighborhoods that have legal guest houses that were built prior to 1950.  These homes were built as an accessory to a Single Family Dwelling on the same lot. They have sleeping rooms, full bathrooms, but NO Kitchens. Somewhat similar to an original  hotel or motel - No Kitchen.  Also they're not designed for long term occupancy.  So using it as a rental property may be illegal, but using it as a Guest House as defined in the City of Los Angeles Zoning Manual and Commentary section 12.03 page 21 is legal. However,  it is quite common in Los Angeles for homeowners to construct a separate dwelling.  The workmanship may be professional, but is it legal.  Their listing agent may refer to it as a guest house, guest quarters or mother-in-law quarters. But the name does not make it legal.  The key word in the definition of a Guest House is No Kitchen. Before completing the purchase of such a property, you may want to make sure you have a legal Guest House.  This could be accomplished by stopping by the city of Los Angeles Department of Building and Safety.  There you could verify the permits and save yourself time, money and frustration in the future.

So if you happen to have the opportunity to purchase one of these legal hidden gems, enjoy it.  It's like the hard wood floors under the carpet - included in the sale, but not in the price.

M. C. - Interesting point about permits not being issued prior to 1950.  What about the permits that have been issued, but they can't find them.  I had that happen.

Take care everyone and thank you for your comments.

"In-law Suites" are fairly common here, WITH a kitchen. Works good with the young Military guys who wanna Buddy-up to save $$.

Each city and each county have their own rules, as do most sub divisions. One must be VERY careful passing on any information without a LOT of research.

This is an important post, Sharon. When you see a guest house on a property it is incumbent on the buyer to do their due diligence and see if it is permitted.

Great job with your post. I have owned a couple of guest houses, they can be very profitable.

This can be a terrific investment for a buyer, but as you state...Make sure it's legal first!

There is definitely value for the buyer, but the lender can't give it any value if it's not permitted.

Ralph - Yes in some LA neighborhoods, it seems like almost everyone has an unpermitted structure.  Thanks.

Great information, and we have these guest homes included in a sale in Denver, but is a bit more money.

Hi Joan.  In California, the appraiser will not give it any value.

Sharon, congrats on the feature! Thank you for shedding some light on this.

OK, Sharon!  I have a request.  This is a terrific post, and I'm thinking it's about time for you to write another one!  And will you send me an emai alert when you do?

Hi Patricia.  You're right.  I definitely need to write another post.  Thanks.

Sharon-It is interesting to see how issues and construction are handled in different parts of the country. We have very few guest homes in our area.

Sharon, We do not have many properties like this.  I find it interesting that there enough of them in your area that it common.

Hi Wayne and Judi.  It's not common, but a lot of older homes and luxury properties have a guest house.

Sharon, while it's generally legal here it really comes down to HOA covenants and restrictions.  I just went through this with a client who wanted to build a separated dwelling for their parents, but the HOA nixed the idea.

Nick, the owner would definitely have to have the HOA approval in a gated community. 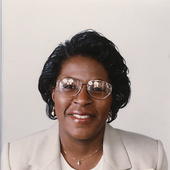