"It's encouraging that sales activity continues to increase as we move towards a healthy spring market," noted VREB President, Tim Ayres. "2013 spring sales were quite strong and we're hoping for a similar level of activity this year."

There were 3,770 active listings at the end of February. While this is an increase from 3489 at the end of January, it is 7.4 per cent less than the 4072 listing that were available in February 2013. Inventory has been on a slow decline for most of 2013 but our normal cycle should result in more inventory as we move into Spring.

Hi Bruce, always enjoy viewing information on other communities.  Thanks for sharing. 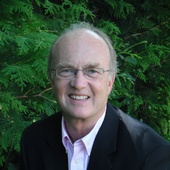 I offer full service to residential Sellers & Buyers throughout Victoria, BC and surrounding areas for homes in Victoria, homes with suites, condominiums and town homes: www.bmccallum.com www.VictoriaHomesWithSuites.com