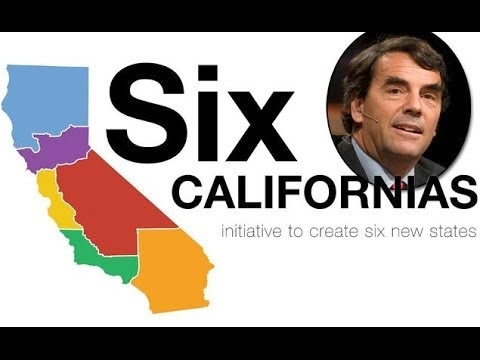 Imagine taking a Saturday drive to San Francisco for dinner out with friends and crossing state lines in the process.  Picture a heated inter-state sports rivalry with teams from the neighboring state of Silicon Valley.  Try reciting "I pledge allegiance to the 55 United States of America," without cringing.  Those would be reality if the plan to plot California into six states goes through...and it just picked up a lot of steam.

The plan to split California into six autonomous states came one step closer to possibility this week, as the movement got the green light to start collecting signatures to put it to a vote, according to the California Secretary of State.  For that to happen, the bill’s initiator, Silicon Valley Venture Capitalist Tim Draper, needs to garner 807,000 signatures of registered voters.  He has until July 18th to get those signatures, the deadline to get the six state plan on the November ballot.
So what’s behind the plan to divide the Golden State into 6 separate entities?
Draper, and proponents of the spilt, argue that California is far too large to govern effectively from one central point.  The most populous state in the United States by far with 38 million people, holds a cross section of people from every demographic imaginable.  Draper points to the different needs and issues of those people, and the unique challenges each region of California faces.  Breaking into six states would allow each new state legislature to prioritize the needs of those areas.  For instance, Southern California faces illegal immigration issues, while the Central Valley is concerned with water management and agriculture, while the folks in upper NorCal have been concerned with taxation without representation.
That would fix a lot of the current problems California’s facing, thinks Draper, in the state where “where you pay the most and get the least,” as he calls it, referencing the crumbling pillars of public education, infrastructure and the prison system.  "Vast parts of our state are poorly served by a representative government dominated by a large number of elected representatives from a small part of our state, both geographically and economically," the plan says.
The six states would be set like this:
•    South California: San Diego and Orange counties
•    West California: includes Los Angeles and Santa Barbara
•    Central California: includes Bakersfield, Fresno and Stockton
•    Silicon Valley: includes San Francisco and San Jose
•    North California: Sacramento area
•    Jefferson: Redding and Eureka areas 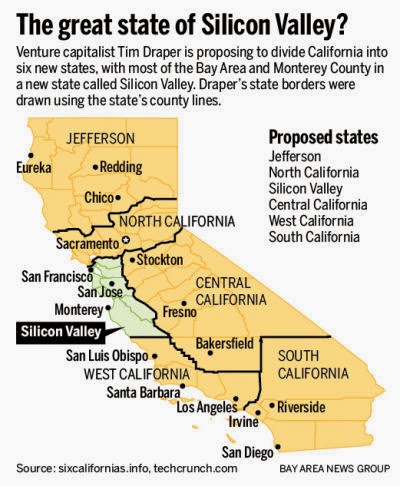 So Sacramento, the current seat of government, would be its own United State, spanning from somewhere near Vacaville or Fairfield all the way up to north of North Natomas and sprawling east through Placer County.  Just about everything we know about the State of California would change, too, from new state flags, capital cities (outside of Sacramento,) voting in10 more Senators to Congress, implications for Federal spending and policies, amending history books and school curriculums, possibly introducing new sports teams, roadway restructuring (and definitely more tolls!) and even adding 5 stars to our current American flag!
“If the federal government approves the proposed creation of six new states,” says the summary from Secretary of State Debra Bowen’s office, “all tax collections and spending by the existing State of California would end, with its assets and liabilities divided among the new states.”
It sounds like a wild scenario, but just how realistic is it?  Not very.  Even if Draper gets the autographs necessary to put it on November’s ballot, it still would have to be approved by voters and once the nuts and bolts of that transition dawn on people, the chances of it going through are miniscule.  In fact, this isn’t the first time someone has pushed for a multi-state California.  In the past, there have been measures introduced to partition it into 2, 3, and even 4 states.
So what is Draper’s motivation?  It’s probably not money.  He’s a multi-millionaire many times over and founding partner of Draper Fisher Jurvetson, a venture capital firm in Menlo Park that cashed in on clients like Skype and Baidu, China’s largest search engine.  Politics?  Is it a thinly veiled power play to seat himself as the King of a new state?  Not at all, says Draper.  If the plan goes through he wouldn’t run for governor of the newly formed Silicon Valley, preferring to, “leave that up to Silicon Valley to go find somebody great,” he said. 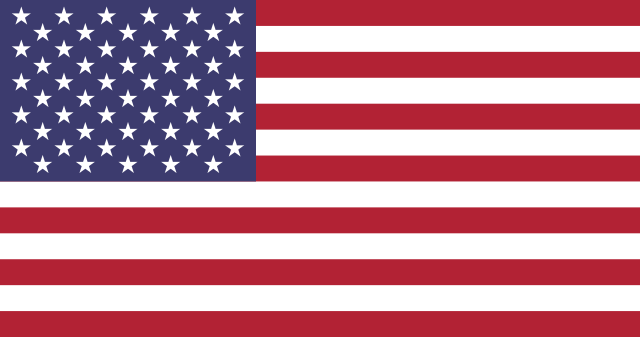 The only political dance he’s done to date was with the California Board of Education, for which he served.  Fixing the state’s broken education system is a passion of his, one that he’s sunk millions of his own dollars into.  He thinks the new six state system would help alleviate the problems in education, as well as other infrastructure issues that seem to be falling apart.  “Leaving California the way it is, the status quo, is a crime. It’s a crime to our children, it’s a crime to our children’s children. California has failed,” says Draper.
Instead, he believes six Cali’s would encourages regional cooperation but also economic competition, "which will lead to better and more responsive governance."  It’s unlikely Draper will even get far past the signature collection phase, if there, but at the very least he brings some needed attention to the current pitfalls of California that renders it “ungovernable,” in his opinion.
Like favorite_border
favorite_border 0
Re-Blog
repeat 0
bookmark_borderbookmark