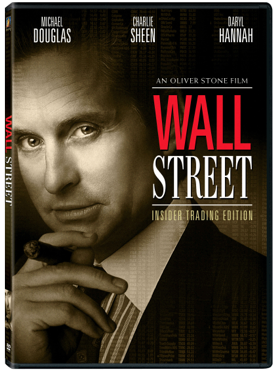 1. Wall Street.
The Godfather of modern American greed stories, a cautionary tale that rings ever more true post 2008 than it did when first shot in 1987, Wall Street is best known for Michael Douglas’ iconic performance as Gordon Gekko.  Oliver Stone wrote and directed the film as a tribute to his father, a stockbroker himself during the Great Depression.  The start studded cast included Charlie Sheen as the young protégé looking to keep his soul, Martin Sheen, and Daryl Hannah.  Interestingly, the studios originally wanted Warren Beatty or Richard Gere to play Gekko, but warned against Douglas.  Stone went with his gut and it certainly paid off, including a 2010 sequel.
2. Glengarry Glen Ross.
This 1992 drama is the quintessential sales movie, still oft quoted in real estate and mortgage offices around the country for its punchy sales credos.  You may have heard, “Coffee is for closers,” and “ABC – Always be closing!”  This movie was made on a $12.5 million shoestring budget and did almost nothing commercially in the U.S., but went on to critical acclaim and its legacy seems to grow with time, sort of our generations Death of a Salesman.  It starred Jack Lemmon, Alec Baldwin, and Al Pacino, who was nominated for an Academy Award and Golden Globe for best supporting actor.
3. The Wolf of Wall Street.
This tale of unmitigated greed starring Leonardo DiCaprio may have come home light from the Oscars in 2014 but it was a big winner at the box office, grossing over $338 million world wide to date.  Directed by Marin Scorsese, the movie is based on the memoir of Jordan Belfort, a real life Wall Street trader that ran a rotten-to-the-core shop in the 1990s.  The Wolf of Wall Street included an all-star cast with Jonah Hill, Matthew McConaughy, Rob Reiner, John Favreau, and others.  The critics loved it but it also came under fire for rampant drug use, sexually charged scenes, and bad language.  Say what you will about the film, but it holds no punches in its portrayal of the inside scene on Wall Street.

4. American Beauty.
Kevin Spacy and Annette Bening redefined white-picket-fence-desperation in this 1999 drama.  In it, Spacey played an average guy going through a midlife crisis who becomes eerily fascinated with his daughter’s best friend, while Bening is the ultra materialistic real estate agent who barely seems to notice.  The movie had humble beginnings, almost an after thought of a screen play written by Alan Ball about the Amy Fisher trial in 1992 (the Long Island Lolita.)  Shelved for nearly a decade, he rewrote it for the big screen and sold the rights for a mere $250,000.  DreamWorks made the movie for $15 million and didn’t have high hopes considering Spacey was an unknown actor at that point.  But it went on to be a smash hit – grossing $350 million worldwide and becoming the darling of critics and award shows, winning Best Picture, Best Actor, Best Director, Best Original Screenplay, and Best Cinematography. 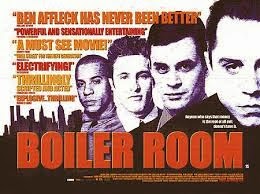 5. Boiler Room.
This is actually one of my personal favorites, a 2000 film with an old-school hip hop infused soundtrack starring Ben Affleck, Vin Diesel, Nia Long, and a coming-out party for a young Giovanni Ribisi.  The story is about a New York City “chop shop” of wild and irreverent stockbrokers who always do wrong by their customers on the way to big parties, Ferraris, and chasing trouble…before it all catches up with them.  Few people know that this film was actually inspired/based on interviews of brokers, the firm Stratton Oakmont and the life of Jordan Belfort, he of Wolf of Wall Street fame 13 years later.  Boiler Room is definitely worth watching if you haven’t seen it already.
6. Margin Call.
So far we’ve avoided dark documentaries about the U.S. financial crisis of 2008, but the drama, Margin Call reveals an intimate look into America’s whole monetary system spinning out of control within a 26-hour period.  As time goes on there will be far more films about the Financial Collapse, but many of them are pure information pieces or too politically slanted.  Kevin Spacey, Jeremy Irons, Demi Moore, Stanley Tucci, and others did a fantastic job showing the emotions and actions of individual people who helped cause – but were unable to prevent – Wall Street imploding.  Debuting at Sundance, Margin Call was nominated for an Academy Award for best screenplay but grossed less than $20 million commercially, though it’s sure to be revisited as an imminently important film. 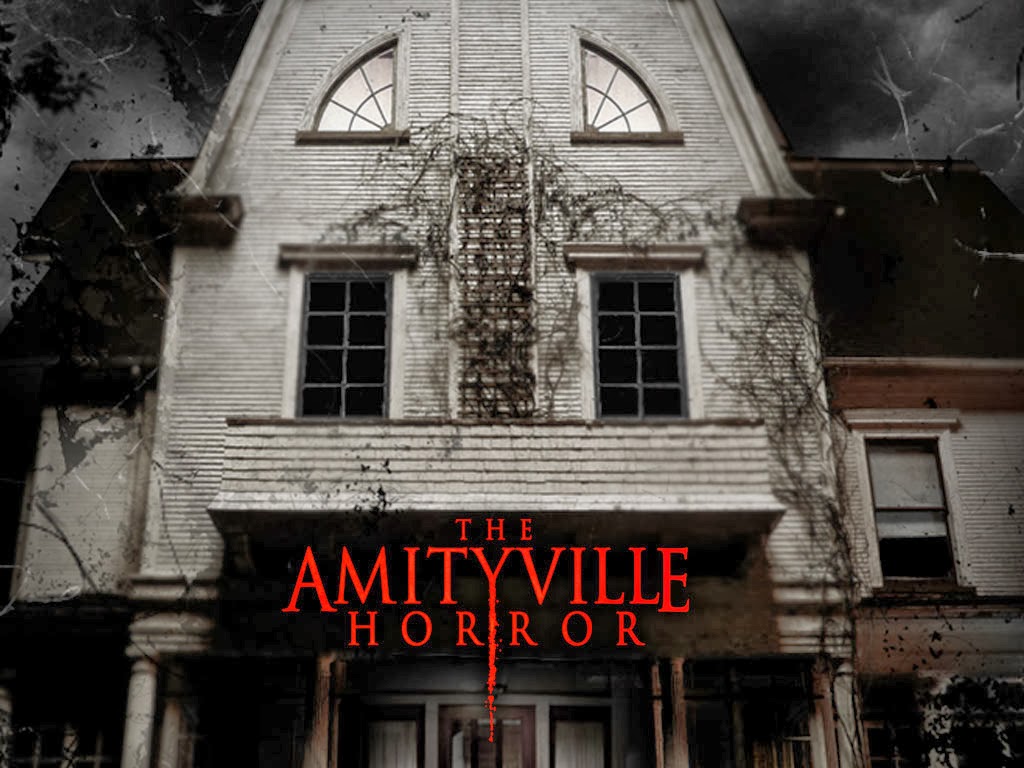 7. Amityville Horror.
If we’re talking about real estate-themed movies, we can’t escape without a blood-curdling horror film on our list, and the original Amityville Horror, shot in 1977 based on a book by Jay Anson, is top of its frightening class.  Incredibly, this (supposedly) real life horror story was remade 11 times between 1979 and 2013.  It documents the haunted and paranormal experiences of the Lutz family in their home in New Jersey, who stuck to their story despite decades of contention and even lawsuits.
8. Life as a House.
Americans were certainly distracted post 2001, as 9/11 took over our national consciousness, leaving little room for a simple, heartfelt movie about a father dying of cancer and his attempts at reconciliation with his teenage son as they fix up a seaside California bungalow for the summer.  Kevin Kline did a good job playing the father and the house was a metaphor, of course, about fixing up his relationships with his ex wife and child as he faced his impending mortality.  Life as a House never made a big splash at the box offices but is a sincere, warm, and watchable flick.

9. Closing Escrow.
To all you title and escrow folks out there – you thought we’d forgotten about you!  Not so as this 2007 quirky comedy hits home with what real estate and escrow professionals see every day – a clash of interests and escalation of emotions as a bidding between three families who want the same home almost causes World War III.
10. The Money Pit.
It’s easy to forget how long Tom Hanks has been acting (and making amazing movies) but even before he rose to fame with Big, the Sacramento born actor made a cute film about a couple who bought their dream house, only to find the fixer upper was a nightmare in the works.  Everything that can go wrong, does, and the money pit (we’ve all felt that way before!) nearly ruins them, but they’re relationship is stronger for it in the end.  Filmed in Lattingtown, New York, this movie was co-directed by Steven Spielberg and starred Shelly Long as Hank’s wife/real estate fatale.  This film was actually a remake of a 1948 movie, Mr. Blandings Builds His Dream House, starring Cary Grant.
Like favorite_border
favorite_border 2
Re-Blog
repeat 0
bookmark_borderbookmark

I haven't seen all 10 movies, but recently saw The Wolf on Wall Street. Thanks for a great list,

I just watched The Wolf of Wall Street. I don't think that  Leonardo DiCaprio was a good choice, he does not have that nutty 'street smart' charm of a real character. If you are untested, check out here the interview with real Jordan Belfort:

I like that you've mentioned Closing Escrow, not many people I know have seen this movie. I'm covering this topic of real estate lessons in movies on my blog for some time and many of the best ones are in my opinion the old classics, like Mr. Blandings Builds His Dream House or other.

The wolf of wall street is my favorite one from the above list. Phenomenal direction from the brilliant Martin Scorsese, a hilariously outrageous fact-based screenplay from Terence Winter, vibrant camerawork with savvy attention-to-detail, an phenomenal performance from Jonah Hill, a stunning debut from Margot Robbie, and Leonardo DiCaprio's best performance to date make this one of the best films I've seen in a long time. I watched the movie on https://terrariumtv.io