Year after year, national magazines and other media outlets award the Tri Cities Washington and its individual cities of Richland, Kennewick, and Pasco "Best Of" in all different facets. Whether it be quality of life, business incubation and growth, education or other categories, the Tri Cities sees itself featured by these outlets a number of times each year. This time, Kiplinger Magazine has named the city of Richland, Washington as number 2 "Great Cities to Raise Your Kids'. While Richland is the featured city, its sister cities, Kennewick and Pasco, could just as easily have been named, as both feature the same high level of quality schools and extra-curricular opportunities as Richland.

Richland schools are extensively featured in the Best Schools website, and have outstanding athletic and extra-curricular activities. Residents have historically been very willing to vote in favor of school bond measures, not only for upgrading and maintenance of facilities and infrastructure, but also to maintain visual and performing arts programs, something many communities in the US have allowed to be cut out of their public schools programs. The past week, Richland High School's Bomber basketball team went to the State Championships, bringing home 2nd place in state against a much larger program in the Seattle school area. 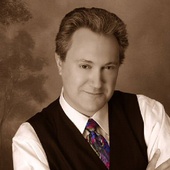 All things Tri Cities- and sometimes just random thoughts! Please be sure to check out the links for area organizations, clubs, and web sites that promote the wonderful quality of life here...