The stuff of legend.  An Engineering marvel.

Blood, Sweat, Tears, and Lives were all lost to mete out the ability to cross the multi-hued waters of Moser Channel

But what an AMAZING creation!

She's taken a beating, the Original has.  And now, the sensible powers that be, have earmarked funds for maintenance of this Local, National, and International Treasure.

Check out the Article published in KeysNews.com

On Tuesday night, the Marathon City Council approved the roughly $77 million plan between itself, the Monroe County Commission and Florida Department of Transportation (FDOT). The agreement calls for 30 years worth of repairs and upgrades to the 100 year-old bridge that once carried Henry Flagler's Overseas Railroad, with FDOT paying for the lion's share of it.

Under the terms of the agreement, FDOT would maintain ownership of the bridge. FDOT would pay $57 million of the projected $77 million in repair and maintenance costs over the next 30 years. Monroe County would pay $14.2 million, and Marathon would pay $5.3 million to help cover the cost of repairs. The county would have to pay an additional $720,000 up front to repair the Pigeon Key ramp, according to the agreement.

The Marathon City Council voted unanimously in favor of the agreement.

The Monroe County Commission tentatively approved the funding plan in December. Commissioner Danny Kolhage was the only one on the dais to vote against funding the project. He said he would like to see the county's share of the funding go to bridges and roads that residents drive on daily.

Kolhage again plans to vote against the project, he said.

FDOT District 6 Superintendent Gus Pego is in full support of the funding plan. If the plan is approved by the County Commission, FDOT would start the design work this year and hopefully construction next year, Pego said.

"We have made this a priority for Monroe County," Pego said. "I am confident we will be able to find the money for it."

The commission meets at 9 a.m. Wednesday at the Marathon Government Center."

Put the experience and expertise of The Conchquistador to work for you! For more information on the outstanding real estate opportunities that exist in the Keys, call me at 305.439.7730 or email me at DropAnchor@TheRealEstateConch.com.

Groups:
All Things Florida
The Lounge at Active Rain
Things to Do/Places to Visit
THE BEACH LIFE-South Florida 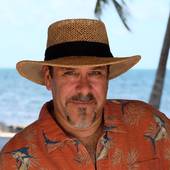