Saint Patrick's Day, or the Feast of Saint Patrick, is a cultural and religious holiday celebrated annually on 17 March, the death date of the most commonly-recognised patron saint of Ireland, Saint Patrick.

The day commemorates Saint Patrick and the arrival of Christianity in Ireland, as well as celebrating the heritage and culture of the Irish in general. Celebrations generally involve public parades and festivals, céilithe, and the wearing of green attire or shamrocks. Christians also attend church services, and the Lenten restrictions on eating and drinking alcohol are lifted for the day, which has encouraged and propagated the holiday's tradition of alcohol consumption.

Saint Patrick's Day is a public holiday in the Republic of Ireland,Northern Ireland, Newfoundland and Labrador and Montserrat. It is also widely celebrated by the Irish diaspora around the world; especially in Britain, Canada, the United States, Argentina, Australia and New Zealand.

On St Patrick's Day it is customary to wear shamrocks and/or green clothing or accessories (the "wearing of the green").

St Patrick is said to have used the shamrock, a three-leaved plant, to explain the Holy Trinity to the pagan Irish. This story first appears in writing in 1726, though it may be older. In pagan Ireland, three was a significant number and the Irish had many triple deities. The triple spiral symbol appears at many ancient megalithic sites in Ireland.

Happy St Patricks day Lyndon, we had quite a feast at our house tonight, but no green beer.

Wishing you and yours everything an Irish blessings will bring: Joy, Love and laughter.

Hope, you had a happy St. Partick's Day! 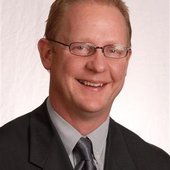