Right after Christmas, I was approached by a seller who was trying to flip a house in Ballard.  It had been languishing on the market for over three months.  After doing a walk-through and looking at comps, I told them to take it off the market for a week, install a set of French doors in one of the first-floor bedrooms (thus turning it into a dining room) and then re-list it for the same price.

Of course, they consulted other agents, who told them to forget about the dining room--just lower the price by 40K.  Those agents were following conventional wisdom which states you should never sacrifice a bedroom, but I believe there's an exception to every rule.  When you have more than 3 bedrooms in Ballard, go for the dining room.

Fortunately they followed my advice and spent $600 to create this dining room.  We re-listed it a week later at 585K and it sold the first day for full price!  The moral of this story is: do it right the first time. Hi Susan ~ It's great to see you posting again and showing your exceptional properties!!  As usual you've worked your magic with your fabulous ideas and staging.  I'm sure that your sellers were so happy that they found you!!

Do you do your own photography or do you hire a professional?  These are very good photos.  Could that have played any role in the listings performance this time around?

Susan - Great call on your part.  Having more bedrooms is a good idea, but if the home has many of those and not enough public space to enjoy, then your idea makes perfect sense... and the market agreed!

Great thinking turned this deal around and made everyone happy except the past agents. 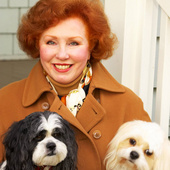