Home > Blogs > Bill Trask > Bill's Maine Real Estate Blog
bookmark_borderbookmark
I was given a suggestion that maybe we should have a sales board in the office.  I can explain what this is and would like to know if this is something that would be of interest to the group or not.   Basically a sales board is used in many sales offices to publicly track sales and motivate competitive sales people to higher levels of achievement.  Granted, everyone isn't at the same experience level but sometimes being able to see who you should be shooting for or what goals you might set for yourself is helpful.  While a number of agents with 5+ years experience might use each others accomplishments to motivate each other, a new agent might be looking toward the accomplishments of someone only a year ahead of them to motivate them to the next level.    Personally, I would sort of like to have a sales board, but not for me.  I don't need it and I know many of you don't either but I wouldn't mind it if we had one either if others would benefit from it.  Anyone here is capable of accomplishing the same thing anyone else is if that is what they want and they strive for that but often agents don't know which Eagles to flock to as they don't know who is doing what.   We used to have lots of sales contests, broker of the month, etc. in the office in the past but dropped them after a while as it just sort of got old and many of our agents are very self motivated and it didn't seem to help them.  Obviously it is a little extra work for the office but maybe if we do something easy like a sales board or something like that it might be okay.    The one thing I want to try to make absolutely sure of is that agents aren't pitted against each other or become too competitive against each other.  I think we should be ultra-competitive when it comes to the competition but I also want to maintain our long-standing tradition of teamwork within the office and I wouldn't want something like this to take away from that.   Another idea I have heard is just a little bell that agents ring anytime they get a listing or an under contract.  That could be fun too and certainly not too hard to do.   Your thoughts?
Like favorite_border
favorite_border 0
repeat 0
bookmark_borderbookmark

It's a double-edged sword.

However, competitiveness within an organization breeds egoism, hostility, jealousy, and animosity.

In my opinion, we should motivate ourselves not by our co-workers accomplishments or performance, but rather by our own personal goals and ambitions.

Passion is the cornerstone of self-motivation.¹

¹ you have my permission to quote that at parties

Like
James Gordon
Sibcy Cline Realtors® - Cincinnati, OH
REALTOR, PBD SFR SRS
Thats better than an incentive that I saw on a listing today--- 50.00 gas card and a set of steak knifes!
Like
Bill Trask
The Maine Real Estate Network - Standish, ME
Gregory, Thanks for the comment.  I totally agree with you.  I'm not sure I want or need sales agents that aren't internally motivated.  In fact, I've never met a really good agent that wasn't.  I am probably thinking more of the new agents who don't always know who to look up to or whose work habits to mirror and that this might help them but still not sure it is worth the risk.
Like
Bill Trask
The Maine Real Estate Network - Standish, ME

Jim,  Thanks for the feedback.  I probably shouldn't assume that everyone knows where 1st Place gets a new car, 2nd place gets a set of steak knives, 3rd place gets fired is from (most of the folks in my office didn't) but it is of course from the movie Glengary Glen Ross (http://www.amazon.com/Glengarry-Glen-Ross-Jack-Lemmon/dp/B00005JKG9/sr=8-1/qid=1171046560/ref=pd_bbs_1/105-0018248-7634075?ie=UTF8&s=dvd) which is one of the best movies of all time and its about real estate sales.  Everyone should watch that at least once.

On a technology matter, does anyone know how to turn the above link into somethign shorter/cleaner?  I don't know how to do that.

Like
Lysa Napolitano
Daytona Beach, FL
We have a sales board in each office, not used for competition but to actually keep track of sales and to give each other pats on the back when a new sale goes up. It's a great motivational tool!
Like
Sam Miller
RE/MAX Stars Realty - Howard, OH
Knox County Ohio Real Estate Specialist

Bill, Sales boards can be a good thing in most cases because it is a simple visual way to measure and motivate.  It is in front of you and other agents and in a normal office without the boards many agents fall off their selling game towards the end of the month...the sales board can help keep them focused on finalizing another deal when otherwise they may have taken a break.  Sales boards also create an awareness among office or team members and they can use it go gauge where they are in comparison to others.  I have seen offices with newer agents placed on an entirely different board from the veterans which is actually a nice way of rewarding the newer agents and it gives them some recognition.

well seems to me that friendly competition is fun but I once heard of a company offering $1000.00 to quit! seems that they would hire them, train and employ them. After a month they would have a meeting with the employee and offer them the $1000.00 quit bonus, if they left the company didn't feel they lost anything except an employee that would take the easy out!

Miss your posts! Time for a new one from Maine. 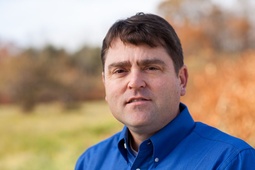 over 8 years ago
bookmark_borderbookmark
1st Place gets a new car, 2nd place gets a set of ...
View more Recent Posts   arrow_forwards

A blog for agents and designated brokers alike. We'll cover topics of concern to all agents, current news and issues, questions, ideas and more. Join in!