You know how a gorilla will pound in his chest in frustration, well this is exactly how I am feeling right now.I have some really wonderful, strong, trustworthy, hard working Realtors that I work with on a regular basis, but every now and then I have to try and work with a person who calls themselves a Realtor but who is in fact a used house salesman.You know the guy, the one who over promises and you wish that he would under deliver but he doesn't even get that high up on the totem pole of life.Case in point. The buyers Realtor, a wonderful woman who I have had the honor of working with for the last 8 years recommends my services to her client who then engages me to inspect the house they are purchasing. The inspection is booked for Monday March 17, 2014 starting at 9:00am. At 9:30am the used house salesman calls the Realtor to inform her that they had forgotten to speak with the tenants who are renting the house and when they called at 9:15am the tenants refused to allow the inspection to take place because they would not be home, could I do it on Saturday.I explained that I had to do my radio program on Saturday morning but would be prepared to do it at 12:00pm. The inspection is booked, confirmed by the used house salesman and reconfirmed Friday afternoon. I arrive at the house on Saturday at the appointed time and am greeted by the tenant at the door. The tenant won't let me into the house but proceeds to interview me.The tenant then asks how long I will be there and I tell him, a few hours, to which I am told. "You need to be finished in less than 30 minutes because we are going out and you cannot stay without us being present. Can you come back and do the inspection at 6:30pm this evening?" I reluctantly agree and proceed to inspect the exterior, the grounds, and the roof while I am there because don't want to be there any later tonight than I have to.This evening while on my way to the house to do the remainder of the inspection the phone rings, guess who? Thaaaats riiiiight, it's the tenants and they are calling to tell me that they will not be home until after 8:00pm, would I be able to do the inspection then.My reply was a very emphatic NO!The used house salesman had not explained to them what a home inspection is, or anything else. So now, after wasting 2 days, driving 100 miles, paying the tolls and having to deal with a disappointed client I am contemplating billing the used house salesman $400 for the time, trouble and lack of professionalism.Ladies and gentlemen of the jury, what say you?

Charge them more than $400. Don't devalue your time. And report the Realtor to the local ethics committee for their behavior in allowing this to happen.

Thanks for the feedback. So, let me get this right, you are saying I should be charging what? The entire cost of each inspection? As much as I would love to do so, I doubt that I would get paid. We are dealing with a person on little to no integrity, who doesn't care and who will probably ignore the invoice. Is it enough to warrant wasting time in small claims court? What say you?

It is not your fault they forgot to tell the tennants. You were there at the appointed time so they should be billed for the inspection you did on the outside. If they want an additional inspection on the inside, you should bill them for a second inspection, IMHO.

Thank you Sarah and Lester for your insight. We now have 2 jurers in agreement. As regards the inspection of the exterior, yes, I have completed that, which is just part of the inspection. My client, the buyer will get the completed inspection eventually, we will need another extension because we will be outside the inspection period once completed.

A used home dealer will act like a used home dealer when trying to collect, hopefully the buyer's agent is in your corner on this one, which would help, otherwise you maybe in a tough position with no leverage.

Like
Anonymous
Boere meisie
Bill for time and expenses, to the realtor, not the buyer, of course there is also lost opportunity if you really want to get to the nitty gritty. You run a business.
Like
#6
chevron_left
Older Post
Back to Top
Rainer
27,350 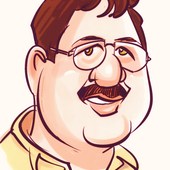