There are a number of theories of what happened to Malaysia airlines flight 370, and some are plausible. However, one can punch holes in each of the clauses because there is insufficient data to see the full story. The theory that I currently support, and I keep an open mind that can change with new factual data, is that one or both of the Malaysia airline pilots were involved in hijacking the airplane, and it’s also possible that one or more passengers were involved with the pilot(s).

The one fact, if it is a fact, which sways me to this theory, is that the turn to the west was pre-programmed into the Flight Management System at least 12 minutes prior to the co-pilot signing off from air traffic control with “all right, good night” . That information apparently was reported to CNN by a Malaysia law enforcement official.

After the airplane made the turn, there are radar reports that it climbed to an altitude of 45,000 feet, and also descended to 23,000 feet. I have difficulty accepting the accuracy of those reports since the radar site(s) were using primary radar and the airplane was not sending a transponder message which would have identified the airplane and its altitude to a secondary radar system.

If military radar spotted an unidentified aircraft making those wild altitude excursions, then why did they not alert air traffic control, or other authorities? There is no valid reason for a pilot to climb the airplane to 45,000 feet, which is 2,000 feet above the Boeing 777’s service ceiling of 43,100 feet, because doing so is very risky. When an aircraft such as Malaysia flight 370 climbs above the service ceiling, it risks entering either a stall or an over-speed situation.

Due to the thinner air, the stall speed increases to the point where it is dangerously close to the maximum (red line) speed of the airplane.When the airplane exceeds the maximum speed, the airflow over the wings is disrupted, which will lead to the airframe vibrating and buffeting, and can cause severe airframe damage.

If the airplane is slowed to the stall speed, it will lose flying speed and stall. The nose will drop and it can take from 5,000 to 10,000 feet to recover sufficient airspeed to begin flying again.

Someone wrote that in the event of an onboard smoke or fire, the pilot may climb to that high altitude to attempt to put out the fire. That is not correct. The procedures for dealing with fire and/or smoke in the cockpit or cabin are very specifically spelled out in the airplane Emergency Procedures Checklist. There was no procedure for the Boeing 707, 747, or the Airbus A310 aircraft, all of which I flew while with Pan Am, to climb to put out a fire, and I doubt if the Malaysia flight 370 Boeing 777 is an exception. One of the first items written in my Airbus A310 Smoke and Fire checklist is: “Land as soon as possible”.

Assume that a pilot smells smoke somewhere on the airplane. The first checklist to use is this:

The checklist then goes through systematic checking of various systems to see if the smoke stops when a system is deactivated. The entire procedure would happen in approximately this sequence:

At the same time the captain will contact air traffic control and declare an emergency so the airplane can have the right of way over all traffic, and informs ATC of his intentions. If the airplane is out of radio contact, then the captain will announce the following on the emergency frequency which all aircraft and ground facilities monitor:  “Mayday, Mayday, Mayday, this is Malaysia airlines flight 370 – we have smoke in the cockpit – last position (states the last position) heading (gives the heading) toward (the next fix, or the airport) at altitude of (whatever the altitude) descending from 35,000 to 10,000 feet. Instead of Mayday, Mayday, Mayday, he could choose to use the more urgent Pan-Pan, Pan-Pan, Pan-Pan signal.

Now that the airplane is headed toward an airport to land, and the smoke checklist is in progress, the captain will make the appropriate announcement to the cabin crew and passengers.

All of this happens very fast. The captain has made sure that one pilot has control of the airplane at all times, that they are navigating toward their chosen destination, that they are accomplishing the necessary checklists, and that they have communicated with the appropriate air traffic control, and with the cabin crew and passengers.

Because of the facts that have been released to the public, I find it extremely difficult to buy into the theory that there was a catastrophic event that immobilized the pilots, wiped out the ACARS, and transponder, and that the airplane kept flying by itself until it ran out of fuel.  Admittedly, something that is lacking in this theory is a motive; why would one of the Malaysia flight 370 pilots become involved in hijacking their own airplane?

However, from the information that is available, I currently only see two possibilities: It's possible that the men travelling with stolen passports were somehow involved. I’m certain that Boeing has more information; however, they cannot release any information to the public; they have to provide that to the government of Malaysia. I’m also certain that the U.S. has more information which they cannot disclose. Everything has to be released through the government of Malaysia. If the airplane has managed to land at a clandestine destination and is being hidden, then that information should not be provided to the public, otherwise it could jeopardize any investigation, and possibly the lives of those who are on board the airplane.

We can only pray for the families of those on Malaysia airlines flight 370. They are under a tremendous amount of stress, and hoping against hope that their loved ones will be returned safely. If I could offer any words of solace to the families, it would be to never give up hope, but also to be prepared for the worst.

The article author, Captain Bill Travis, is a 35 year airline pilot veteran, having spent 28 of those years as an international airline pilot for Pan Am, and is author of the book, Pan Am Captain, Aiming High, which is available on Amazon, and all bookstores.

Wow Bill, tons of information here.  I agree with your final sentiments - it is a shame for the families and victims involved.  Uncertainty is not fair to anyone.  I'm sure someone, somewhere, knows exactly what happened. 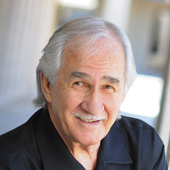