Houses For Sale in Tampa, Florida.  October of 2005 was the tipping point for the robust real estate market in Florida (and the nation, probably).  In Florida, waiting lists disappeared along with the throngs of buyers waiting in line for a chance to buy a new or existing home.  At that time, it was common for arguments to break out between would-be buyers attempting to stake their claim on their dreamhome.  No matter who tells you otherwise, those days were fantastic!  Sales were easy and buyers were plentiful.  If someone claims that “it just wasn't right”, they did not understand the supply and demand of the market.

As we all know by now, we paid for those good times with many years of hard times.  However, recent news regarding home sales in the Tampa Bay area in 2013 show that, not only has the market rebounded, it has done so with the vigor for which the Florida market has come to be known.

Why now?  To truly understand the "why", you must first look at all the surrounding facts and statistics.  First, 30-year fixed-rate mortgages are still at historical lows.  (side note: We have become so accustomed to extremely low rates that when the average rate recently ticked up to 4.5 percent, Wall Street was up in arms.) The mortgage rates are very affordable, but because of this surge in activity, the market is already pushing prices beyond the reach of first-time buyers.

Another reason that business has increased sharply is that investors had come into the market with great force and deep pockets.  Blackstone, Goldman Sachs, and Waypoint (to name a few) came into Florida with over 7 billion dollars of spending money!  Their collective strategy was to buy homes at low prices, rehab them, and then rent them out while the values increase and the economy improves.  The intent of those hedge funds is to sell those homes to the renters after three to five years. The National Association of Realtors statistics indicate that people tend to move every five to seven years.  Most of the people that were ready to move back in late 2005 and beyond were forced to stay in their homes because they lost jobs, took pay cuts, and/or watched the value of their home plummet and equity disappear.  The increase in the average home prices, and velocity of sales have erased that negative equity for many homeowners.  This has opened the door for people to fulfill their need to make a move.

Now, it is just as important as ever to find a Realtor® that

understands the market and how it is impacting sales and purchase prices.  Real estate agents have many resources at their fingertips that allow them to provide detailed analyses about specific areas of interest.  For a FREE Home Evaluation in the Tampa Bay area, call Bay Realty @ (813) 944-7804. 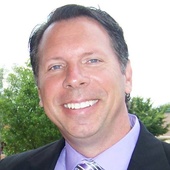