I am just returning to my real estate job here in the US after a sojourn in France while my wife was doing research, so I have missed much of the day-to-day over the last couple months (since January 9th). While I was away, I did follow the general events of Durham, and am pleased to report the our city was chosen by Google to be one of the second-set of cities chosen during their rollout of Google Fiber.

During the first round of choosing cities for the next generation broadband internet with speeds up to 1 gigabit per second (about 100 times faster than current broadband), Durham did compete, but was beaten out by Ausin, TX, Provo, UT, and Kansas City, KS. We did make an impressive show of our support, but was not chosen in the first round because of these three more-deserving cities.

We are one of nine cities chosen during the second round, and I am looking forward to a little competition for the current internet providers. Our current rates are equal to the amount that Google will be charging, and the speed is only a fraction of Google's velocity.

I have read reports that in the first three cities of the rollout, the current providers either had to reduce the monthy charge, increase broadband speed, or both. That would be a welcomed result, but I look forward to the US increasing its rank amound nations worldwide. The advent of 3D printing is only one area that demonstrates what is possible with the burgeoning speeds.

Bill - This is very good news that google fiber will come to Durham, North Carolina.

I have experienced it.

And. I pronounce it awesome.

Best thing? The competitors suddenly find it amazingly easy to up their speeds and lower their prices when Google Fiber enters the picture.

Capitalism- it can work. 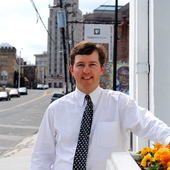