Austin is home to nine of the wealthiest neighborhoods in the country, according to a recent report by Stephen Higley, a geography professor from the University of Montevallo. Higley analyzed Census data from 2010, and his results found that Austin's neighborhoods are less diverse than many other luxury neighborhoods across the U.S.

Overall, only 0.6 percent of the nation's total population (approximately 2 million people) lives in one of these top 1,000 richest areas. Austin's neighborhoods on the list comprise of 17,675 residents.

If you or someone you know is interested in buying or selling luxury real estate in the Austin area, the team at Cain and Company with Keller Williams Realty would love to help. Our team has experience in Austin's luxury market, and we would be happy to help educate you on the most recent market trends. For more information, contact our office at 512.522.4659 to learn more about how our team can help with your luxury real estate needs.

Beautiful. We shoot luxury homes all the time in the DFW area, and we are also trying to expand in Austin/San Antonio areas with our local photographers and office there. If you ever need magazine-quality images, at realistic prices, check us out. http://www.Shoot2Sell.net 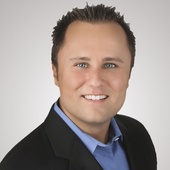