Just keep the deal afloat!  That was what went through my mind during the last couple of weeks leading up to this closing.  Don't rock the boat, keep it balanced when others start to make it tip and patch any holes that sprang up along the way!

What do you do when you are the listing agent and the buyer's lender and the buyer's agent aren't getting along?  When the buyer is starting to get frustrated with her agent, the numbers are extremely tight and you are up against a very hard closing deadline?  You do whatever it takes. Don't assume anything. I picked up the phone and called the lender and received a fresh perspective on what was happening.  Then, as documents were being requested and it seemed impossible to get everything together on time, rather than complaining or giving up, we kept pushing forward, did our best to get what was requested and found ways around what seemed impossible.  My buyer had just about given up on the deal; but, not closing was NOT an option in my mind.

The closing attorney was out of state because originally, one of the buyers lived out of state. That person actually ended up getting removed from the contract; but, it was too late to use a different attorney....so the attorney's office requested documents that we had never been asked to provide in previous deals.  Do we complain?  Nope...no time, just keep the deal moving forward, get them what they need and get the deal to the closing table.

Another key to keeping the deal from falling through...be professional no matter what. Pointing fingers, hashing over things that were said in the past, trying to be 'right'. None of that was going to help us get to the closing table.  At one point the lender had about reached his breaking point and was venting and about to give up.  I just abruptly ended the conversation, took a deep breath and then responded with a professional text.  Again, venting and getting frustrated wasn't going to help anything.  Yes, he had made sacrifices to keep the deal from sinking so did the buyer, the buyer's agent and the seller.  Reviewing our sacrifices at that moment was not going to get us to the closing table faster.  Getting upset was not going to get us there any faster.  We had to keep our cool and in the end, the deal did make it to the closing table and the seller did make it to his flight out of town for the week with 15 minutes to spare!  Talk about cutting it close!

Being in control with confidence and assurance kept this afloat for you, Frank!  Great job in being the leader to the closing table!

Staying calm and in control really helps when things start heading south. Glad to hear it worked out.

Yes, you are right Connie! Thanks for dropping by... 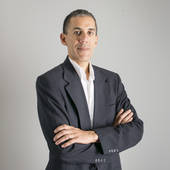 ActiveRain Community about 7 years ago
bookmark_borderbookmark
To Demolish An Old House Or To Build A New House -...
View more Recent Posts   arrow_forwards