FC Dallas Professional MLS Team in Frisco Texas is one of the 10 charter clubs of the MLS. FC Dallas plays their home games at the soccer specific Toyota Stadium with a crowd capacity of over 20,000 and have played here since 2005. Formed in 1995 and originally named the Dallas Burn, the team would become one of the better teams to play in the MLS. The Dallas Burn struggled throughout the upcoming seasons despite winning the US Open Cup in 1997. Toward the end of 2004, it was announced by club owner Lamar Hunt that they the club would be renamed FC Dallas and relocated to Frisco Tx. The highly anticipated move was welcomed by local soccer enthusiasts and the city of Frisco. In a city dominated by American Football, FC Dallas maintains and continues to grow a strong fan base and loyal following that continues to this day. Playing all home games at Toyota Stadium and partnering in 2012 with jersey sponsor, Advocare, FC Dallas continues to maintain their favorable position in the MLS. You can attend home games and support FC Dallas in their journey to the cup by visiting the game schedule. Tickets are available in a variety of packages including season, single and flex packages. You can view all ticket options here.

Relocating to Frisco, easily locate homes for sale near FC Dallas in Frisco Tx. With a large variety of local restaurants including In-N-Out and shopping including IKEA, and unique attractions including the Indoor Skydiving Facility iFly, the city of Frisco Texas has established itself as one of the most sought after locations in Texas. You can start your search for homes in Frisco HERE.

Are you need a dresses for wedding guests,petite evening dresses, welcome to our online shop. http://www.jadegownshop.co.uk 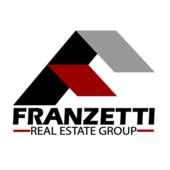