I know it was tough for Jimmy to admit his addiction to the public like this. The good news his Candy Crush activity has slowed around the office lately.

Ok, I admit it.  I was hooked on playing Candy Crush Saga on my iPhone.  I was also a Candy Crush purist.  What does that mean?  Well, I made no Facebook announcements to my friends to get free lives and I refused to pay a dime to get to the next level.  Of course doing it this way takes much longer.  Some levels might take me days or even weeks to complete. (Level 79 was particularly hard).  So, how did this almost ruin my real estate career?

It started when I was asked to give a home tour for 80 investors looking for investment property in Las Vegas. I was all set for the day and had three homes picked out for showing.  In Las Vegas, most real estate agents use the Supra Key electronic boxes.  The cool thing about that is that savvy agents, like myself, use the iPhone to unlock these boxes using an app on the phone.

I made sure to sync the program at the beginning of the day, so that I would not have any problems getting into the homes.

At the appointed hour, the bus containing 80 investors rolled up to house #1 and told them all about Las Vegas and the three homes we were going to see that day.  As luck would have it, this home had a mechanical box, so I just plugged in the code without needing my phone.  Things were going great, until house number two.

When I got there, I excitedly ran to the box, put my phone up to the lockbox and heard the sound that started my heart pumping.  The phone would not sync up and unlock the lockbox!  There was a giant 'X' over the update button.  It would not work!  "How can this be?" I thought to myself.  I had checked it earlier in the day and it worked fine!  I tried everything - restarting the phone, erasing the app and reloading it.  Nothing worked so I had to call the lock box company and yell at them while 80 people watched on.  Minutes felt like hours.  It was horrible.  Did I mention that as I was trying to figure out why my phone wasn't working, I had a fake smile on my face as I was answering question after question from the inquisitive investors?  "What’s are the market conditions?"  "Could we put in a low ball offer?"  "Is it a foreclosure or a short sale?"  Ten minutes passed and I still could not get it working.  The lead investor (that invited me to show the homes to his group) said that we should probably move on to the last house as we were running short on time.  I agreed, but still didn't know if I would be able to get into the home.

I got in my car and started to race to house number three as I was determined to get there before the bus to try to get this figured out.  Driving to a home using your phones GPS, while trying to sync another program and talk on the phone is a crazy idea (and now illegal in Nevada).  I am sure I almost got into a wreck on the way there.

As I walked up the house number three, I frantically looked for the lockbox and almost fainted right there.  There was no lockbox on the house! How crazy is that?  My well thought out plans were failing in front of my eyes!  First, we can't get into a house because my phone would not unlock the lockbox, then there was a chance that we couldn’t get into a home because I didn't confirm that there was a lockbox!  My heart was sinking as I saw the bus roll down the street getting closer to the home.  On a crazy whim, I walked to the front door to see if it was unlocked.  I grabbed on to the handle and almost fell over because for some reason, it was already open!  How crazy is that?  The house was unlocked and my real estate career was saved!  The investors saw the home and all was well in the world.

What does this have to do with Candy Crush Saga?

Well, that answer came days later when I had a chance to really talk with tech support and figure out why my phone would not sync.  As it turns out, while I was waiting for the bus of 80 investors to show up, I was playing Candy Crush.  And as usual, when I ran out of my 5 lives I went to the date/time section of my phone and set it to the next day so that I could confuse Candy Crush into giving me more lives.  Normally, when I do that, I go right back to the date/time setting and return it to the current time.  However, this day, I forgot.  As a result, the phone thought it was the next day.  That lapse of good judgment is what caused the electronic key to get confused and refuse to sync.  If I had just changed my clock back to the normal time, I would have been fine.

When I realized my mistake, I vowed to never change the clock settings again on my phone.  My Candy Crush addiction instantly ended.  I could not believe that my Candy Crush addiction could have caused me so much pain.  The good news is that I have moved on and almost never play the game.  It was a lesson learned the hard way.  Now, if someone can just help me on level 78 of Jelly Splash, I would be most appreciative.

Thanks for the reblog!

What a funny story. Who would have known? Glad there was a happy ending. 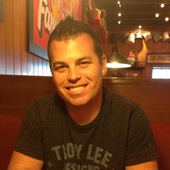