Coming Together For the Cunningham’s at Kenai High School

On Wednesday, January 22, 2014, 29 year old Trevor Cunningham lost his life in a single-vehicle accident down East End Rd. in Homer, Alaska. This young man leaves behind his loving wife Shannan and their 4 children: Shelby, age 13, Austin, age 11, Gage, age 9, and Dillan, age 3. This Saturday, come out and support this family. There will be a a spaghetti feed, silent auction, a variety of raffles, and Sportsman’s Warehouse is putting on a Wall of Guns and Goods. There will be plenty of family friendly activities. Come out and let’s show this family the loving support of our community!

Trevor Adon Cunningham passed away January 22, 2014 at age 29 in a single-vehicle commercial
accident on East End Road in Homer, Alaska after a mechanical failure caused his vehicle to run off the
road. Born in Soldotna June 2, 1984, Trevor was forever an Alaskan at heart. He loved anything with an
engine, adventure, beer and late night bonfires, but most dearly his family and friends-that-became family.
He attended Soldotna elementary, middle school and high school, but later graduated from Kenai
Alternative High School before going on to work in a variety of industries from restaurants to the oil
field. He met his soul mate, Shannan Carter in 2008 and they later married in Homer, June of 2013.
He spent his days working hard to support his family, but always had a smile on his face knowing it was
all for his children and their future home he planned to begin building in the spring of 2014. He was all
theirs in his off-time, whether it was snow machining in the caribou hills, football games across the
state, or just quiet evenings at home.
He is survived by his wife, Shannan; and four children, Shelby Hardy, Austin Hardy, Gage Hancock, and
Dillan Cunningham; as well as his father, Ralph E. Cunningham; his mother, Debora A. Lee; two brothers,
Brice Cunningham and Cameron Ewing; four sisters, Stacy Cunningham, Tracy Cunningham, Amanda Vin
Zant, and Audrey Scott; three nieces; eleven nephews; and innumerable friends. Trevor had a fiery
personality and heart too big for his own good sometimes that ignited happiness in everyone he met
and all those who knew him loved him for it.
He never liked to see people sad, and had expressed before his passing that he did not want a service or
viewing. There is a donation fund for his family set up at Wells Fargo, the Bridges Cunningham Family
Fund. His family asks that those who knew him honor his memory by living their lives with a smile”
Arrangements made by Peninsula Memorial Chapel & Crematory. Sign his online guestbook at AlaskanFunral.com
Published in adn.com from Feb. 9 to Feb. 10, 2014 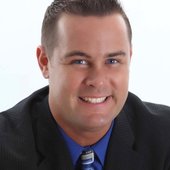