Home > Blogs > Joe Kovich > Joe Kovich's (jczapkowicz) Blog
bookmark_borderbookmark
Hi folks!
Below are the "sold" and "pending/back-up" (in escrow) properties for the month of March.  The Big Bear real estate market continues to stay strong; as can be seen by the Trulia stats towards the bottom of this post.  As you can see, we are basically back to where the median sales price was in 2005 for Big Bear Lake and 2004 for Big Bear City.  The median sales price for Big Bear City is up 13.3% from last year and the average $/sqft is up 17.7%.  For Big Bear Lake, the median sales price is down just a bit (2.5%) from the same period a year ago, but the average $/sqft is up 14.7%!!  This means that people are paying more for smaller houses/cabins than they were a year ago.  Most of the new buyers that we are getting are still looking for something under $250K.  That's why they are buying smaller and smaller cabins for the same amount as last year, especially if they are trying to stick to the resort area (Big Bear Lake).  It's also why the median sales price has jumped by double digits in Big Bear City (as the under $250K inventory has dropped significantly in Big Bear Lake, more people are buying in Big Bear City because of the relatively lower prices).
81 Sold:
XPROP - Multi Row View
167 Pending/Back-up:
XPROP - Multi Row View
As of this morning, there are currently 455 Single-family residences listed for sale in the Big Bear MLS.  This is up about 20% from a few months ago and there are a couple of reasons for this.  First, as the ski/snowboard season has come to an end, many homeowners in the areas closer to the slopes decide that this is the best time of year to list their properties.  With the prime rental season for those areas having just ended, the owners often decide that this is the time of year to list without interrupting their tenants on the weekends. Because of that, it is usually the best time of year to buy in those areas and get a great deal.  The other reason for the increase in inventory is that many sellers who have been waiting to list their properties until prices came back up have decided that now is a good time to sell.  Unfortunately, many of those sellers have unrealistic ideas of just how much the prices have risen (if you look at the median sales prices, the median went down about 50% from the peak in 2007 to the trough in 2012 and then back up about 25% from 2012 until today - that gives a net-net of about 25%).  Still, I would estimate that about half of the homes currently on the market are set at a "make me move" price because the sellers really don't need to sell and they are not concerned about the inconveniences of listing a second home as they would be for their primary homes.  You can see more evidence of this from the discrepancies between median sales price and median list price.  The average home that is selling up here goes within 5% of asking price, so there are simply a lot of homes on the market that are just not priced to sell.  This is just a basic fact of a second-home market.
Big Bear City – Trulia stats – Dec. 13 to March 14
Big Bear Lake – Trulia stats – Dec. 13 to March 14
Have a great weekend! 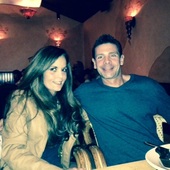