Americans who live in community associations are overwhelmingly pleased with their communities, expressing strong satisfaction with the board members who govern their associations and the community managers who provide professional support.

More than seven in 10 community association residents expressed satisfaction with their community experience, according to a survey conducted by Zogby International, a leading public opinion research firm. Almost 40 percent of community association residents say they are "very pleased," with only 10 percent expressing some level of dissatisfaction. Almost 20 percent express neither point of view.

An estimated 54 million Americans live in some 274,000 homeowner associations, condominium communities, cooperatives and other planned developments.

Based on telephone interviews conducted in August 2005, the survey has a margin of error of +/- 3.5 percentage points. A summary of the results is posted at www.caionline.org/about/survey.cfm. 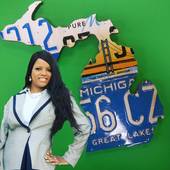