Here's how my day was SUPPOSED TO go:

8am - Leave house in Fairfax for Ft. Myer Memorial Chapel for Mass

8:05 - Stop at McD's Drive-Thru for breakfast and eat on the fly

12:30 - Cantor for Mass at Blessed Sacrament in Alexandria

Here's the how my day ACTUALLY went:

7:54 am - left house in Fairfax for Ft. Myer Chapel for Mass

8:05 - pulled into KingsPark McD's drive thru behind guy too dim to pull up to first speaker

8:05:15 - opened my window to tell the dim guy to pull up to first speaker, and heard him yell filthy expletives at me. So I told him to have a wonderful Sunday and called him by his middle name which starts with "a" and ends with an "s" or two. Then, watched him jump out of his car, and come running towards my car, while I quickly closed the window, before he started pounding on now closed window with his fists and upper body, still cursing me.

8:05:25 - I backed up, and pulled around in front of his car, up to the first speaker, stupidly opening my window to order an Egg McMuffin (too freaked out to think straight), watched the crazed criminal run towards my car again. So I tried to close the window, realizing it would not be all the way up before he stampeded up to my window again, where he continued his verbal tirade and reached into my car and tried to grab me. So I started screaming for help at the top of my lungs (why not? with a microphone right there), attempted to push him away, and pinched and scratched anything within my reach.  Since he failed to get into the car, he grabbed the top of the open window and yanked on it 4-5 times back and forth, until it bent far enough to shatter, making him fall to the ground in a pile of glass. The glass shards flew in all directions, including into my hair and clothing.

8:06:10 - The perp picked himself up off the ground, and got back into his car and drove away, while witnesses took pretty pictures of him and his light colored sedan and license plate.  And, one of the witnesses came over to see if I was OK.

8:10:10 - I had pulled out of the drive-thru lane, and was using my snow brush to sweep glass out of my car, when the police arrived.  McDonald's employees and customers were offering me free water, coffee, etc.

8:11 - called my choir director to tell him I would be late

8:20 - police told me that they had been to the perp's house (found from license plate info gathered by witnesses), and that he was not home, but was identified.  They did not say whether or not he had a record of violence.

8:49 - called my choir director to tell him I would not be there at all

8:52 - made more calls to find subs for rest of church activites of the day - Thanks Laura Paul for covering the 12:30 Mass. (I would thank others, but do not know who did what)

9:10 - went back home, slowly, since no window makes for a bit too much wind

10:47 - Started calling USAA to get the ball rolling on window repairs.

12:55pm - Finally off the phone with USAA Window Repair division, after learning: ... ... ... ... ...USAA "has a financial interest" in Safelite Autoglass, and that the repair would be $2 lower than my $300 deductible, and that I've paid for rental coverage for the last 15 years that covers collisions or theft, but not vandalism, and that I've paid for towing coverage for 29 years, that only covers up to $25 of towing, and that I'm glad I have AAA, and that retelling shocking events makes it feel much more scary than it felt while it was happening, and that if I want this evil perp to pay for my car repairs, I have to HOPE that a court of law will make him pay restitution IF he is convicted, or I will end up having to take him to court at my own expense and peril, and that I think I'm too scared to do this.

1:00 - Finally ate something, since breakfast never happened (even though I brought home free food from McD's), took Advil for my splitting headache.

1:30-4:00 - took some phone calls and answered emails from concerned friends who called to see if I was OK.

4:00 - found out our large backyard is too small and too bumpy to fly an RC model plane

7:00 - Out to dinner with gift certificates from his Army retirement last week.

10:30 - had to reset my ActiveRain password - again - which means I need to login more than once/month to commit it to memory

Thanks for reading this far... I needed to get this off of my mind by putting it in writing.

I am tired just reading and not actually doing much...lol...wow

I'm fine, except I also lost my voice overnight - 6 days before Holy Week, and $600 worth of singing engagements. And two days before the start of BOLD (for those of you who know how much talking is involved)

Oh, and when my alarm clock went off this morning, I jumped about 2 feet in the air, and started crying, even though I was already awake.... I guess I'm a bit jumpy.

Oh, and since my voice sounds like a frog, my husband thinks I'm being short with him... sigh....

And now I keep thinking... wish I had pepper spray.  So I'll be getting some today.  Next idiot who attempts to assault me, will wish he hadn't.

Wow Margaret, this story held my interest all the way through. It was an escalating account of your day that was turning into a scary novel. Sending you blessings for a nice Holy Week and a Happy Easter. Sometimes forgiveness is difficult, however, I have a feeling you know exactly how to do it. God be with you and also to the guy in the car in front of you (excuse me, in back of you) who was also having a very bad day. Are you a writer? If not, I think you may want to think about it. Good writing!

Thanks Jane.  I love to write, but since I tend to be verbose, I'm very slow.  That's why this was my first post since I went to Rainmaker last September.
However, I do intend to post once/week from here on out.
All the discussion surrounding Sunday's events has my husband thinking that we should be carrying weapons when we are holding open houses, or showing homes.  My husband is in the process of getting his real estate license in Virginia.  I told him that I think the sellers would think this is sending the wrong marketing message, and the buyers would wonder what kind of neighborhoods we're showing.  He thinks that clients and prospects would understand that weapons are for self-defense in the unlikely event that we would encounter a violent offender.
The topic would probably make for a lively discussion in ActiveRain - I just didn't want to start my blogging campaign with such dark-sided conversations.  What do you think?

I sent you a Facebook message.  Since you are new to facebook, I had not yet added you to my Relatives List, which I had excluded from the post.  I appreciate your concern, but hope you don't tell your dad, since it will probably be relayed to my parents at some point.  Since all is well, and lessons were learned, I did not want to stress my parents with this type of news.  So please... do not share with our chatty family. Thanks. 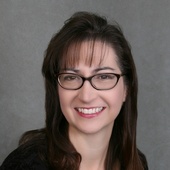