Overcoming Anxiety, Fear, and Worry in the work day.

If you're in the Real Estate industry or just plain human then you have probably faced one of life's enemies: Anxiety, Fear, and Worry. I think I have personally had more of a propensity towards anxiety and worry because I tend to be a control freak at times. Trying to control things you can't control, such as whether or not your appraisal rebuttal will be accepted or whether interest rates will go up or down is a sure fire equation to cause stress and anxiety.

One recent example of encountering a situation that would test me in this area was Christie's loan. Mind you there are several of these instances occuring daily that I could share, but I'll limit it to just one :-).

Christie was the A++ borrower. She had great credit scores and was putting down 25% on a conventional loan. Chrisitie and her husband owned their current primary residence but it didn't have a garage and had a long driveway which are both not fun to maintain in winters like the one we just had. In addition, the home was in a very high property tax area. they decided to purchase another home abour 15 minutes away in another town that had much lower taxes, a garage to park the cars in the winter, and a much smaller driveway. They were downsizing but not in a traditional sense. Christie only owed about $30,000 on her current mortgage and was planning on moving into the new home then taking her time to list her other home for sale so that she could not have to be stressed about the timing of selling it simultaneiously with purchasing a new home.

Here are the list of red lights we encountered:

1. The apraisal for the new home came in $16,000 short. All realtors disagreed with the appraisal. We completed a rebuttal that was rejected by the appraiser. Bank #1 dead in the water as the seller wouldn't come down in price and buyer wouldn't change either. Our solution: I proposed sending the file to a new lender and having a second opinion on the appraisal. The rates had actually gotten better resulting in a $800 decrease in closing costs for Christie. We're waiting for the appraisal to be completed as I write this.

2. The new lender questioned the occupancy of the new home being a primary residence. Because the new home was of similar size and square footage not to mention only 15 minutes away from current home it appeared to the lender that the borrower may have been trying to purchase an investment property, at an owner occupied interest rate. We had a detailed letter from the borrower explaining her reasoning for moving. Everyone was telling the truth, but in a mortgage world that was riddled with fraud people telling the truth apparently haven't been the norm for most banks. Our solution: Christie will list her home with a realtor before closing. The home may not have an accepted offer before closing but she was showing good faith of her intentions to sell that home.

3. Once we overcame number 2, we found out that the borrower had just e-filed her 2013 taxes this week. Now that may not sound like a big deal to most, but some of us know that banks can be strict when it comes to being able to provide IRS transcripts proving a borrower filed their taxes. This can take 6-8 weeks at times to be completed. Our soulution: We were able to provide a copy of the e-filed return from the CPA, a letter from the CPA certifying that the taxes were sent to and accpeted by the IRS and NY State. We had to prove Christie paid taxes she owed. The quickest way was for her to pay these was online with a credit card that was on her credit report. She will be paying the credit card off after closing. Thankfully, the lender was willing to work with us to satisfy this request.

Some keys that help me not panic when I run into problems:

1. Positive self talk - Yes talk yourself through things. Successful people can stop themselves from listening to the negative voices in their head and speak truth and clarity to a situation. Remind yourself that you're not in control over everything.

2. Take a walk - I leave my office and walk outside (if it's warm enough) to help clear my head and get away from the problem so that I can work on a solution.

3. Take some deep breaths. You'd be surprised how it helps slow your racing heart beat down.

4. Take respnosiblibity right away if there was something you could learn from in the situation.

5. Always stay ahead of the problem. Don't avoid it. Face it head on.

Paul the Apostle once said: "Do not be anxious about anything, but in everything, by prayer and petition, with thanksgiving, present your requests to God. And the peace of God, which transcends all understanding, will guard your hearts and your minds in Christ Jesus."

May this encourage you as you strive to live a successful but peaceful life in a chaotic and worry driven world!

Mike - your industry and mine are ripe with these kinds of issues.  Despite all of our education and experience, we still cannot know everything that every underwriter will come up with.  These are great reminders that sometimes things are out of our control and taking a deep breath to reset our perspective is all that we need.

When I run into this problems, as we all do, I remind myself that fear is nothing more than a lack of faith, I then remind myself that I can do all things through Christ who strengtens me.... Enjoyed your post and wish you a Happy Day...

Good morning Mike. I could have written you blog, but all of your life experiences can only be yours. The challenges that you face each and everyday is just part of the living process. It is not always the way we want it to be, but each day makes us stronger and wiser. It doesn't mean that doubts and questions don't show up, it just means each challenge needs to be a new opportunity and learning.

Thank you for sharing your post, we can all learn for your honesty.

Thanks for the comments! Overcoming anxiety and worry is something I'm determined to do everyday! One situation at a time.... 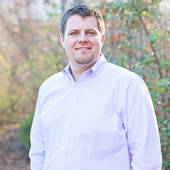