Is the Window Closing?

With interest rates lower than they’ve been in over 40 years, it may be difficult to think of a “window of opportunity” closing.  However, it isn’t difficult to understand that it may very probably cost more to live in a home in the near future due to rising interest rates and prices.

Zillow recently reported results from a nationwide study that home values are expected to appreciate by 4.5% through the end of the year.  Coupled with Freddie Mac’s projection that rates are going up, the cost of housing for buyers by the end of the year will be higher than it is now.

While uncertainty of the future can stagnate some people, the fear of loss can be much more devastating when a person realizes that the amount they pay to live and enjoy a home could have been considerably lower had they acted when prices and mortgage rates were lower.

The following example considers a $250,000 purchase today with a FHA mortgage compared to what it might be at the end of the year with a higher price and interest rate as discussed earlier.  The net effect is that it will cost $191.87 more each month to live in the very same home based on the cost of waiting to buy. 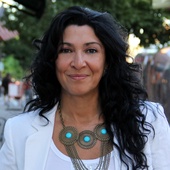 I specialize my ability to give you genuine and personal service. Representing your best interest whether you are buying or selling property, I am committed to your needs and I'll quickly gain your confidence, because I have the job done.