These awesome condos are conveniently located East of Garfield on the North side of 19 Mile Rd. in Clinton Twp. These great brick condos will have you ready to move right in to Knollwood Cove In Clinton Twp.

Do you have a condo to sell  in Knollwood Cove In Clinton Twp?  Request a no obligation Comparative Market Analysis today.

Condos in Knollwood Cove are approved for  5% down Conventional Financing.  Learn how to buy a home in Clinton Twp with a low or zero down payment.

Knollwood Cove is located on the North side of 19 Mile Rd, just East of Garfield.  You will have quick access to I-94 and the Van Dyke Expressway. Shopping is not a problem Nino Salvagio's and Partridge Creek Mall are only 10 minutes away.  Henry Ford Macomb Hospital and Macomb Community College are less than a mile away! Curious about Crime Rates?  What about education levels attained?  Local School information? You can use the Market Insider Tab on my website to gain information regarding ClintonTwp and the surrounding communities.  You can search points of interest to find shopping, schools, parks and other points of interest.

Knollwood Cove is part of the Chippewa Valley School District.  The local school district plays a huge role in deciding where you want to live.  You can search local school information including ratings and test scores on my website. Thank You for your interest in Knollwood Cove in Clinton Twp MI.  Don't hesitate to contact me for all of your real estate needs. 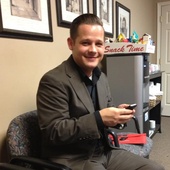