1. New Jersey has the most diners in the world.

2. Atlantic City New Jersey has the longest boardwalk in the world.

3. New Jersey is a peninsula.

5. The Pulaski Skyway was the first skyway ever built.

6. The first baseball game was played in Hoboken, New Jersey.

7. The Statue of Liberty and Ellis Island are actually in New Jersey.

8. There are more Cubans in Union City, New Jersey than Havana, Cuba.

Karen and Bill - Thanks for sharing this great information on the state of New Jersey. Have a great day!

Wow I was not aware of a number of these . We summer in Ocean City,NJ  .

Wow!  Who knew?  I really do think that New Jersey deserves more respect!

I am from Canada and I have to say, for some strange and bizarre reason, the only things we hear about New Jersey is that there is a " lot " of toxic dumps in New Jersey, not sure if its true or not, but there it is !!

Thanks for the real facts about New Jersey :)

Very fun post. I know that New Jersey is much more beautiful than many of us ever realized. Thanks for sharing some more fun facts about your state. D

Thanks everyone for your comments, certainly appreciate you stopping by.

Great facts.  I always used to tease my New Jersey friends about the state being little more than exits off the turnpike (I know there's more to it than that -- there are even farm)! 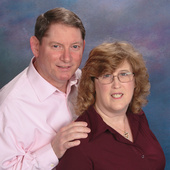