Ok, I will now commence my story, where I left off prior to my "Vacation", hoping to bring smiles to the few faces that actually read and subscribe to my babblings.

So, when we last left our suspense-filled story , our "Loan Counselor" had finally heard the halftime whistle for the paper football game he had been engaged in, while my clients eagerly awaited his response to their application. He was so very proud to show his intellectual prowess and in a moment of brilliance came to the table with a GFE that was substantially lower than the one provided him, a week prior.

The clients are now enraged. They immediately call The Loan Professionalin an effort to secure the last GFE provided by a reputable firm.

Yup, that's right, the Loan Professional reluctantly informs them..."Folks, I am truly sorry; had you only contacted me just 8 hours ago at the "Opening Bell" this morning, I would have been able to secure the GFE as promised. Unfortunately, at this point, I am afraid that the best I can do is an increase of .25 percent, to a rate of 5.5%. That said, I can still "kick the teeth in" to the rest of those charges provided for closing costs by your "Builder's Lender" and "Loan Counselor", which by the way are not even accurate due to the VA funding fees being inaccurate on the GFE provided by His Royal "High"ness.

The clients are now absolutely in a "tizzy". With smoke bellowing from their ears, they decide to write "The Builder" a letter of complaint, in an effort to attempt to rectify this blunder and still somehow realize the advertised "incentive" for closing costs to be covered by "The Builder". In this complaint, the clients decide to include The Loan Professional's GFE, and cover letter stating the time-lines for him to have been able to execute the original GFE provided to "The Builder's" Sales Professional. You remember, the Sales Professional that said, "Oh, I don't see any reason our Lender won't be able to match this...let's see what they come up with."

Ok, so here's the complaint...oh, and it is their complaint not mine, so please excuse the Grammar and or misspellings, etc... ;)

On Thursday, February 28 th , we signed a purchase agreement for a

We had spoken to our representative from Nova on Wednesday evening, March 5th, just after close of business, ensuring that our current GFE still was an accurate assessment of our opportunities with Nova Home Loansand he assured us at that time, the GFE still stood. It should be clear to everyone to read this complaint that the only reason we did not move forward with Nova at that time, was purely because we had believed ______________'s representative's statement regarding the apparent ability for ____________ to match Nova's GFE, coupled with the $4500 incentive towards closing costs.

After receiving the GFE from __________, we immediately contacted Nova Home Loansthe very same afternoon, within hours of receiving this information provided by _____________. Our lender told us that since so much time had passed since the original GFE draft, and with the volatility in the markets just on that day alone he would be forced to increase his GFE by a bit himself. That said, his GFE (enclosed/attached) is still a huge leap from ______________'s provided GFE of the same day.

Because of the above stated position and facts, we believe _________________ is in violation of RESPA guidelines as we have researched them and under the complaint directives found online at http://www.hud.gov/offices/hsg/sfh/res/reslettr.cfm.

We adamantly and respectfully request these unfortunate events be addressed immediately directly with us or with our Realtor representative, Dan Grammar.

Ok, so I'm sure you all are on the edge of your seats, breathless with anticipation...

Geeeeze.... poor clients and poor Realtor! I cant wait to hear how the phone call plays out! This is just all too common. Customer service, Integrity and PROMPT communication are cruical in todays marketplace. It is a shame that clients end up on the chopping block. For me that is why it is so important to try to educate the public. What a shame that people get taken advanatge of like this by lenders today.

Cant wait to hear how this turns out! 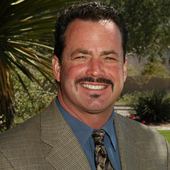 A Blog for What's Happening in Tucson and Southern Arizona's Real Estate Markets!