Where I come from…. some interesting facts.

Like Americans, most Germans dream of living in their own house with a beautiful lawn and garden. Germans often find this dream more difficult to fulfill than Americans. A house in Germany, Austria, or Switzerland is a very expensive dream. The average cost of land and construction is double or triple that in the United States. A much larger down payment of between 30 and 50 percent is required, and you can see why most Germans live in apartments or condominiums. Only 42 percent of Germans own their own home, compared to 65 percent in the US and 69 percent in England.

Germans love nature and their gardens, even if they are only containers on a balcony, but “Schrebergarten”, small rented plots on the edge of cities, or small in the m iddle of a city, are the pride and joy of millions of city-dwellers. They look miniature housing developments, with manicured lawns, trimmed bushes, flower and vegetable beds, but at the first sign of a disappearing winter they are packed with families getting their garden ready for the sunshine months to come.

Apartment complexes in or around almost any German city, you will see mostly apartment buildings.

Due to the different method of heating German homes and apartments, it is much more important to air out your residence than in the US. Most houses and apartments in the US have a forced-air heating and cooling system that circulates air throughout the living spaces and keeps it fairly dry.

A lot of people thought of it being funny, when they spend time in Germany and noticed Germans airing out your house or apartment daily, and as much as 2 times a day. There is a reason to our madness. German residences are almost always heated by hot-water or electric radiant heat, not forced air. During the winter, when the apartment or house is closed up most of the time, the interior humidity level rises and the moisture can cause mold to grow on walls, behind shelves, and in other areas. That’s why Germans have learned to open up the windows and outside doors on a regular basis, even in the coldest winter months, to air out their residence. Mostly in the morning and at night before going to bed.

Bedding
Sure you heard of Duvets, and may even own one now. They are also known as Federbett. German bedding is a little different from what Americans are used to. Instead of sheets and blankets, Germans sleep under a Federbett, or down comforter that lies on a mattress covered most like terry cloth than a linen sheet. On cold nights, the German Federbett is very cozy and warm. Traditionally, the down comforter was hung out over a windowsill or a balcony rail each morning to air. You will still often see a white Federbett hanging from German apartment windows in the morning hours.

Although some newer homes have built-in closets, it is more common to see a Kleiderschrank, a free-standing wood cabinet with doors that serves as a closet. You have most likely seen them at our stateside Ikea. A Kleiderschrank may be sleekly modern or rustically traditional in design.

German appliances have a reputation for being solid and reliable. A German dishwasher, oven or range is of high quality and often outperforms its US equivalent. A typical German refrigerator (Kühlschrank) used to be about half the size of an American one, but in recent times a full-size refrigerator is very common.

A German apartment, usually comes with a “bare” kitchen. Your    new kitchen may be nothing more than four bare walls with  roughed-in plumbing and electrical connections—even the kitchen  sink may be missing! In addition, many residences are sold without  any light fixtures. Besides no light fixtures, your new flat or house  may not have any cabinets at all. The former owners or tenants  usually keep them when they move out.

So, there you have it. It may sound a little cramped and interesting at the same time. When you grow up with it, and do not know any different, it all is relative.

If you consider buying your new home, call me today and I will answer any questions you may have!

You can also download my FREE Mobile App. This will show you active listings on the market in your area. It is IPhone/IPad and Android friendly.   FREE Mobile App 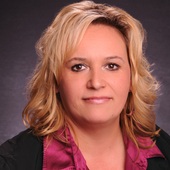 Excellent agent for our needs!!! i can said that every expectations as a first time buyer and every concerns that we had, Jordana was able to ... more

Outstanding professional. Was able to quickly assess resources to where within a week's time we had a few interested parties looking at our rental ... more

Jordana is the BEST ! I called Exit 1 First Choice Realty and spoke with the receptionist inquiring about a house for sale. She transferred me to ... more