Here's a story that I heard a long time ago.  I don't know the author but it really hits home for me ...

"There once was an old man who had a profitable little business selling hot dogs on a busy street corner in a major city.  He was not a well-educated man, but he made great hot dogs and his customers loved him.  He was so busy making hotdogs and making money that he didn't have time to read the newspapers or listen to the radio. He'd worked hard all this life and had been able to send his only son away to college.  One day his son came home from school and told him that a recession was coming. There would be tremendous unemployment; people would not be able to afford eat out; nobody could buy a new car; nobody could buy a new house. He painted a gloomy picture of the future and warned his father that it would be wise to cut back on his expenses and ‘tighten his belt' and prepare for the worst. The old man didn't know much about the economy or the stock market, but he trusted his son.

The old man began to cut back on the quantity of hotdogs and rolls he bought. He didn't want to get caught with stale rolls as business began to drop off. But it was hard to judge and some days he actually ran out of hotdogs and rolls earlier than he normally would. So he went home early and spent more time worrying.

Soon, he noticed that his son was right!  His customers didn't come by as often and he began to sell fewer hotdogs. He became more depressed and sometimes didn't get out of bed in time to get the hotdogs cooked, or get his wagon to the street corner.  His business really began to fall - the recession had hit.  Now, day after day he stayed at home, depressed, occasionally his son would visit him and they would discuss how bad the economy was, and how lucky the old man had been to have an educated son who had warned him in advance about this terrible recession."

So what's the moral of this story?

Recession mentality starts in one's own head. If you listen to Wall Street, read the national news, and you believe that a recession is coming and that times will soon be tough, then they will be for you. Like the old man in the story, you'll start to change your successful behavior patterns and replace them with less successful habits. You'll sleep in later. You'll take longer lunch breaks, make fewer sales calls, order fewer supplies from your vendors and go home earlier.  You might lose your job.  You might have to sell your car.  You might fall behind on your mortgage payments.

Show All Comments
Rainer
5,677
John Estheimer
Keller Williams Real Estate Media PA - Media, PA
REALTOR/e-PRO
Thanks for the story Kathie.  It is absolutely true.  A positive attitude is critical to being successful.  There are tons of books on the subject, one that comes to mind is Think and Grow Rich.  I try daily to be upbeat and have my attitude be infectious and make everyone around me more upbeat.
Mar 25, 2008 04:51 AM
LIKE
#1
Rainer
12,120
Jeff Thompson
Thompsons Home Inspections - Palmdale, CA
Great words of wisdom, as a home and mold inspector I still have inspections weekly and see happy buyers searching the market. I also remember an old saying "misery loves company".
Mar 25, 2008 04:51 AM
LIKE
#2
Rainer
39,125
Keith Goodman
Keith Goodman - Merced, CA
That was an outstanding story. One of the most inspiring I have heard yet. I tell my people every day to not watch television, dont read the newspaper.Just go to work. With this kind of mentality the sky is the limit. Thanks, Keith
Mar 25, 2008 04:56 AM
LIKE
#3
Show All Comments
Older Post Newer Post
Back to Top
Generate More Leads from this Listing
With a Trulia Pro Account
Learn More
Find what you need?
See More Blog PostsAbout Real Estate! SEE MORE NOW!
Rainer
8,063 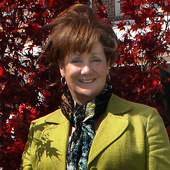