The search continues this morning for a teenager missing since last week from Dallas. At sunrise Thursday, sheriff's deputies conducted a house-to-house search of the area and adjacent neighborhoods.  Helicopters started flying again around 8 am.

Gonzalez is a special needs student who went missing the afternoon of April 23 near Sunset High School in south Dallas.

She was spotted by a deputy Monday afternoon in Copper Canyon walking along Chinn Chapel Road north of the railroad tracks, according to Copper Canyon Mayor Sue Tejml. The deputy, who at the time was not aware of the missing person report, attempted to question Gonzalez but she refused help and walked away.

Gonzales is 5-feet, 4-inches tall, 140 pounds with black hair and brown eyes. She was seen last night wearing a black sweatshirt with a hood, blue jeans and carrying a rolled up moving blanket.

She is not considered dangerous but is easily frightened.  If you spot Alejandra, police are urging you to call 911.

For more information on this story, you can visit the Cross Timber Gazette website. 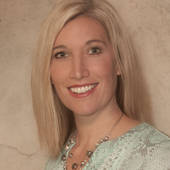 Local News and Events about 5 years ago
bookmark_border
A Sign The Holidays Are Upon Us!
View more Recent Posts   arrow_forwards