No one has a good enough memory to make a successful liar.

In the end, you're going to slip up.  Maybe not today, maybe not tomorrow but you will someday.  And why waste the energy and time creating a lie when the truth is probably much faster.
Have you ever been the butt end of a lie gone wrong?  Did you catch the person in the act?  Or did you find out after the mess unraveled?
I was involved in one today.  It cost my buyers their potential dream home.  Let's just say I called the liar out on it (after a slydial message) and they didn't quite know how to react.  I'm still steaming over it but at least I didn't lie.
Like favorite_border
favorite_border 0
Re-Blog
repeat 0
bookmark_border

Hi Sarah, Better to be above board on everything related to the transaction. If not, you never know when and how it will affect the outcome. You did the right thing for sure! Best wishes on finding your clients their dream home and a smooth transaction.

Thanks Sarah and Lester!  We'll find them the perfect home.  Just put a damper on thhe weekend.  Thanks for stopping by!

Early on in my career, a very high producing agent told me she had learned a very hard lesson by telling a lie in a transaction. She said nothing was ever worth it, even if it seemed harmless. I took that advice to heart

Amen!  It never is worth it.  Even if you make a mistake, a lie to cover it up only makes it worse.  Fess up, learn from it and we can all move on.  Thanks for stopping by.

My husband uses Slydial all the time, I keep forgetting about it and haven't tried it yet.

I used to use it when I first started my career until it connected me to the person.  But it only stays connected for so long then disconnects the call.  So color me embarrased for not wanting to talk to them AND then hanging up on them.  I just make the call now.  Or text them. 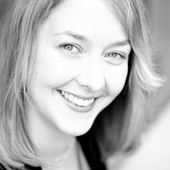