A couple of months ago I was contacted by a seller who wanted a home stager to come out and do a consultation, and possibly stage the property in preparation to list their home. We set up a time and day. She said that they were changing agents because the other had "done nothing to sell her home and wouldn't list it for what it was worth." Red flag pointing to the black hole.

During our conversation I forgot to mention the staging consultation fee so I called her back to tell her. The seller then said that they had decided not to bother with staging afterall. They would be fine on their own.

I gave her some helpful hints about decluttering, painting etc. and wished her well. I thought I had dodged the black hole.

Two agents, whom I know well, were interviewed for the listing. One of them mentioned that as part of their marketing package they provided a free home staging consultation for their clients. The seller inquired who the stager was. When one of them mentioned me the woman said that she had already talked to me and that she didn't like me because I was going to charge for the consult and that two other really nice stagers had visited and advised for free. Alas, those naive stagers ( I was one of them as well back in the day) are adrift in the Black Hole of the Free estimate.

Of course the sellers had decided not to hire any stagers, having gotten so much free advice. The two realtors smiled and said that they understood. After spending three hours with the clients they did not get the listing because the agents refused to overprice the home at the price the owners wanted. The would be clients also wanted the agents to give up part of their commission.

Two months later........the home is still on the market and a price drop is on the horizon. Ironic, isn't it.

The moral of this tale is: no one will pay for what they can get for free.

They are trapped in their own world!

And, when they get it for free, they don't value it.  You get what you pay for!

Linda- oh yes... most stagers have dipped their toes in the old Black Hole, and quickly retracted it once they realized that they were giving it away for free.  You didn't miss out on anything on that one.

Giving a staging quote for free is one thing ... but stagers who provide a free "consultation" are giving away their ideas for free.  Sellers may not value "free" advice and view it as having the same value that they paid for it ... nothing!

Yes, Pete, trapped is what they are. Trapped by their lack of knowledge and unwillingness to see what works.

Words of wisdom, Tara. Thanks.

Kathy, yes, I to have had to learn the hard way about the black hole.

I hope those who gave the free advice learn not to let themsleves get burned again.

Linda, a nice read today to explain many points helpful to this industry. Thanks for sharing.

I've been guilty before as an agent of taking a cut and I don't do it anymore because my time is valuable! After all, the time I am away from my family, I will never get back!

That is why realtors in our area often have a side business as stagers.  The consultants rarely get paid for the service.  The bill of staging often goes to listing agent and so are the repairs with a cap.

Inexperienced agents often found they paid for staging, repair and seller canceled the listing.  It was not signed as upon closing after COE. Too late. Realtors learned their lesson.

Home owners often get what they deserve.  After about 1 year back and forth, the home owner told me he found an agent who will do 1%+1% with staging included.  Of course it did not sell. He called me for some advice.  I doubt I will help him more. Aside from commission and price we get along fine. But business is business. 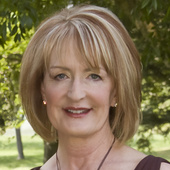