Pike and Wayne County came off of a cold, snowy winter so it will be interesting to see how 2014 shapes up. So far, we are off to a slow start however, the market does not appear to be oversaturated from years past in terms of inventory.

You may be asking how many listings SOLD? What is the competition out there in terms of new homes on the market? How many active listings are on the market? What is coming on the market?

What is actively on the market?

YTD We are almost flat this month and this YTD versus last year at this time which indicates that we do not have an overly abundant amount of homes on the market - inventory is the lowest its been since 2008. Below is a list of how April has faired over the last 10 years in terms of Active Listings on the market.

For more information on the Pike & Wayne Association of Realtors® MLS Real Estate Sales Report for APRIL 2014 or to sell or purchase a home, please contact me at:

Nicely done! I enjoyed reading about your market and you sure do know the area. Buyers and sellers should look you up.

Thank you Bruce! I find these reports are very helpful to write. 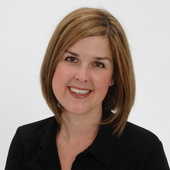