The late great Whitney Housston's five bedroom, four bathroom, 12,561-square-foot Jersey Mansion at 22 N Gate Road was sold on February 6, 2014 for $999,900 below the original asking price of $1,500.000 and well below the original sale price of $2,700.000 Whitney Houston purchased it for in 1987. Now the estate is suing the Realtor that sold the property for belongings left in the home. Marion P. Houston who was Whitney Houston's manager and sister in law, now executor of her estate.( however not the executor Whitney Houston left in her Will) has allegedly claimed to a New Jersey court that the defendants CPMG Mendham LLC and Diego Cevallo whom she hired to sell the home back in December of 2013 changed the locks and chained the gates,  denying anyone access to the property. According to court documents, Houston’s personal property cannot be retrieved and now Marion Houston, Whitney’s manager, sister-in-law, and executor of the estate, stated that the contract " provided for the sale of the property only, and did not include any provision for, or make any reference whatsoever to, the sale of any of the personalty.

Marion Houston states that prior to Wells Fargo the mortgage holder of the loan approving the short sale of the home in February attempted to gain access to the home "despite defendants' initial agreement to allow the personalty to be removed from the property ... defendants have repeatedly refused to allow the Estate to enter the property and recover the personalty."
She claims that "even before the Estate was notified that the sale was finally approved by Wells Fargo, defendants or their representatives changed the locks on the house and chained the gates to the property, thereby preventing the Estate from gaining access to recover the personalty."

The complaint goes on to mention attempts by staff members to gain access as well as list personal items that have been withheld by the defendant.  The estate seeks damages for conversion and wants an injunction to prevent the defendants "from transferring, concealing, disposing, selling, using, encumbering or otherwise exercising dominion and control over the personalty."

Well, my questions and comments as a avid Whitney Houston fan and follower ....

1) This home had been on the market on and off for years, there was plenty of time to retrieve valuables. The property went through a short sale process.

2) Whitney Houston is an Icon and I don't believe her Estate is in the right hands. (unfortunately, other than a picture book late 2013 the estate has not done much to preserve the brand)

4) Did you watch the Oprah Interview there was a lot of Shadiness.

5) Now that Bobbi Kristina and Nick Gordon are married there is the restraining order against Gordon and Patricia (Marion) due to his twitter Gun uploads referencing her.

6) Did you watch the Houston's On Our Own?

7) The alleged only source of income was Whitney Houston , Pat being her manager and Gary ( Whitney's brother and Pat (Marion) husband ) background singer.

What are your thoughts? 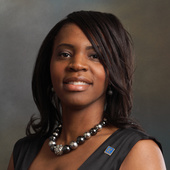