Bankrate.com In the center of the country, there's a patchwork of states that's tough to describe without a map. They're north of the Sun Belt, east of California, west of Appalachia. Some are in the Midwest, a couple of states are in the West and one is ensconced in the South. While collectively they have no geographic identity, perhaps there's now a reason to give them one. They're the best states in the country for retirement.

Bankrate's 2014 ranking found that these predominantly interior states would be the best choices for your golden years. Just like last year, Bankrate considered a variety of factors in creating this ranking: the local weather, access to health care, cost of living, crime rate and tax burden. This year we fine-tuned the process by evaluating government statistics on health care quality, and we improved our measurement of weather to include levels of sunshine and humidity.

Finally, this year's ranking adds a broad standard-of-living measurement from the Gallup-Healthways Well-Being Index, a comprehensive survey gauging people's satisfaction with their surroundings. Once again, such popular retirement states as Arizona (No. 16) and Florida (No. 39) didn't make the top 10. Yes, they're lovely places to visit, especially when it's cold everywhere else. But retirees must consider more than sunshine before making a move. Here, in ascending order, is our 2014 list of 10 unexpectedly great states for retirement.

The 10th-best state for retirement is also the one exception on this list. Virginia, the only coastal state in the top 10, received above-average scores for all the criteria considered in this ranking. That means the Old Dominion State would be a good place to live for retirees on a tight budget: It taxes residents at a lower rate, and its cost of living is below average. Virginia also has a relatively low crime rate, and it receives better-than-average scores when it comes to health care quality, weather and surveys of personal wellness. With that in mind, the state tourism department may want to add to its "Virginia is for lovers" slogan with another sobriquet: "Virginia is for retirees, too."

#9 Iowa Anyone looking for a place to retire can be excused for not thinking of Iowa. The Hawkeye State is part of that corn-fed cluster of the Midwest that many sun-deprived Northerners fly over on their way to Arizona or Florida. But those intrepid enough to give Iowa a look will be pleased. Besides its general affordability -- the state has a lower cost of living and tax burden than the national average -- Iowa has one of the better health care systems in the country. The Agency for Healthcare Research and Quality, a division of the Department of Health and Human Services, ranks Iowa among the best in terms of health care quality. The agency, which took more than 150 measurements of Iowa's health care system, gave the state especially high marks. It noted, for example, that doctors were better than average at explaining things to patients. It also said nursing homes did a good job of providing the flu vaccine to patients.

#8 Idaho If cost of living, safety and weather are important to you, you'll want to consider Idaho as a good state for retirement. It's one of the most affordable states in the U.S. Idaho also is one of the safest. The FBI recorded 1,984 property crimes and 208 violent crimes per 100,000 people in the Gem State in 2012. That's the lowest crime rate in the country. And then there's the relatively pleasant weather. Yes, you'll still need a winter coat in Idaho. But there's a lot more to weather than just the temperature. For example, Boise, Idaho, gets more sunshine than Atlanta. And with an average annual humidity of about 58 percent, Idaho is naturally comfortable.

#7 Montana Bankrate's ranking found a lot to like in Montana. It's one of four states to receive above-average scores in all the criteria considered: cost of living, crime, health care quality, taxes, weather and wellness. Montana may not have beaches or year-round sun. But it's still a place where retirees can enjoy above-average weather and good health care while saving money with a relatively low tax rate. It's also considered relatively safe, with a below-average crime rate. And residents enjoy living there, according to a nearly continuous survey by Gallup-Healthways.

#6 Nebraska The Cornhusker State received high marks for a number of categories. The Gallup-Healthways survey found that residents consistently felt that they had a good quality of life in the state. And one reason for those good feelings is that the dollar will go a lot further in Nebraska than most other states. The Council for Community and Economic Research, which compiled the cost-of-living data for the Bankrate ranking, found that residents of Lincoln, Neb., will pay an average of $670 per month to rent an apartment. The national average is $893 per month. A trip to the beauty salon will cost $5.44 less than average. Milk will cost 30 cents less per gallon than the national average, and a trip to the dentist will cost $13.77 less. Nebraska also received better-than-average scores for its low crime rate, good health care quality and high levels of sunshine. 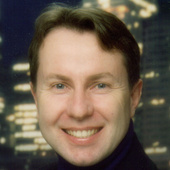