The market continues its run higher

That’s sort of the loaded question because no one – not the Realtors, not the economists at Fannie Mae and Freddie Mac and certainly not me – can divine the future. Some (of a certain age) would answer the query by saying, “That’s the 64 thousand dollar question.” In other words, if I knew the precise answer to the question I’d hawk everything I own and buy more real estate. But I’m a bit too cautious to do something so bold. Nonetheless, I instinctively believe the answer to that question is a resounding “yes” for several reasons, none of which have to do with my innate optimism.

The first and foremost reason that real estate prices in Naples will continue to rise is the fact that prices have been depressed for the better part of the past six years. Yes, prices escalated way out of control in the early 2000s but then prices dropped to levels unseen for as much as twenty years. If you put some money in Naples real estate between 2010 and 2012 you made a very good investment. Prices have risen steadily since January 2012. In fact, Naples home prices increased about 20% between April 2013 and April 2014. Yet, home prices remain far below the peak.

Next comes the economist. The Florida Association of Realtors employs Dr. John Tuccillo as chief economist. At the Florida Realtors Summit, held recently in Orlando, he recently stated, “The real estate market is going to grow, and we’ll probably see about a 10 percent increase in residential sales. Home values will rise at historical rates of about five percent a year, which is in line with historical trends. In the last 18 months, home values have gone up about 12 percent – I don’t think we’ll see that next year.” During the same meeting, Sherri Meadows, Florida Realtors President, noted that “Statewide, new listings for single-family homes over the three-month-period rose 12 percent year-over-year, while new townhouse-condo listings rose 8.2 percent. Home sellers, whether in the single-family home market or the townhouse-condo market, received more than 92 percent, on average, of their original listing price during the first quarter of this year.” In other words, things are good and getting better. That’s the second reason that real estate prices will continue to rise.

Then one must consider what all the commerce related to real estate is doing to the statewide economy. Realtors are earning more commissions; homebuilders are hiring more craftsmen; bankers are issuing more mortgages and so forth. That creates new and better jobs, which allows locals to buy the house they’ve been dreaming of. Demand drives prices and there is absolutely great demand for both new and resale homes throughout southwest Florida. Count that as the third reason.

Need another? Well, let’s talk demographics. Something momentous occurred earlier this year; the population in Florida increased to the point that it overtook New York as the third most populous state in America (California is first followed by Texas.) Yes, our friends in Noo Yawk have been deserting the Empire State in favor of the more relaxed are far warmed environment of Florida. (Sidebar: New York’s population continues to growth albeit at a far slower rate than Florida.) Stan Smith, population program director at the University of Florida's Bureau of Economic and Business Research (BEBR) says, "Typically, 80 to 90% of growth in the state has to do with people moving in." The spike in immigration includes people moving from other states as well as from abroad, said Smith while also noting that, based on responses to BEBR surveys, most people moving to Florida do so for job-related reasons. Of course, the state also draws retirees seeking a warmer climate.

Finally, there is the specter of rising interest rates. It’s true that nearly 80% of all real estate transactions in Collier county Florida are paid with cash. But that still leaves a great number of buyers applying for mortgage loans. The threat of higher rates increase is fueling already hot housing market as potential homebuyers look to seal a deal before rates rise any further. That, along with demand for homes exceeding the existing supply, somewhat explains the fact that on average homes in the Naples area are selling for about 97% of the asking price.

The obvious conclusion is that waiting for a buying opportunity is very likely to result in you paying significantly more for the same property. While prices may seem high compared to a few years ago, just think of how attractive today’s prices will seem in another five years if we indeed experience the predicted 5 to 7 percent annual increase in home values!
Like favorite_border
favorite_border 0
Re-Blog
repeat 0
bookmark_border 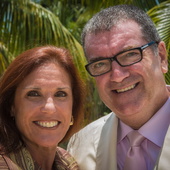