So I'm not talking about buying an investment property.  I'm talking about moving into a home that someone else previously used as a rental.

I moved into my house in Sept. of 2013.  It was owned by a very close friend so I knew just about everything about the house there was to know.  After all, I was the one who had installed half the light fixtures and sink faucets. I knew when the carpet was laid and when the deck was built and exactly how everything was maintained.  At least I knew those things up until about Aug of 2011.

Knowing the property had been in the hands of a professional property management company I assumed a few things.  Guess I should know better than assume, anything, ever for any reason.

By the time I moved in the regulard Scott's treatment of the yard had long been stopped, along with regular mowing and watering. The once perfect grass was thin and filled with weeds.

By the time I moved in there had been tenents with large dogs.  The dogs destroyed half the blinds in the house. If the property manager charged him for them they didn't fix them.  The dogs also destroyed a number of the window screens. Again - never replaced.

Then there are the places on the walls the dogs scratched up. - Long thick nails and repetitive scratching does wonders for sheetrock.

The blinds and screens are things you'd normally expect a property management company charge him for, and repair appropriately before turning the house back to the owner.  The scratches on the walls may be more easily overlooked.  Also easily overlooked was the garbage disposal.

Flip the disposal switch and the thing would make a sound, but that was it. Stick my hand in and start pulling stuff out and I find bones (think t-bone) and glass. That was enough to convince me to just replace it.

The carpets - I mentioned the big dogs, right? That's probably all I need to say.

I'm sure there's more, but after a weekend of spring yard work I figured some of these lessons are worth passing on.

If you're thinking of buying a house - to live in - that had previously been a rental? Look closely. Don't assume anything. Have an inspection...then ask for repairs.  Mine was a friend so we worked through anything that needed worked through.  For yours? There may be things you never even thought to look for.

Always have an inspection and see how many repairs can be done.  Hopefully if it was a rental it was at least treated okay. 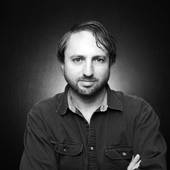