The Bureau of Labor Statistics recently reported that there are 3.5 million people who have been unemployed for six months or longer. That is one million fewer than a year ago, but still an alarmingly high number compared to historical data. Since records began in 1948, there's never been this many long-term unemployment. Statistically, 35% of all unemployed have been out of work for at least six months. The all-time high is 48% in 2010.

A massive $48.5 billion deal was announced Monday as AT&T has offered that sum to purchase DirecTV and its 20 million customers. The deal would provide AT&T an outlet to growing customer needs to consume more video on their mobile devices. DirecTV will now be able to offer broadband Internet for the first time to its U.S. customers. 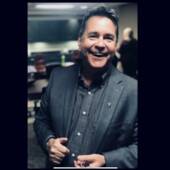 Lending / Financial over 8 years ago
bookmark_border
What’s Ahead For Mortgage Rates This Week – May 20 ...
View more Recent Posts   arrow_forwards