Blue Springs first-time home buyers in 2014 are faced with a question that hasn’t changed for generations: is it more practical to buy right now, or to continue to rent?

Over the past few years, buying has been the easy choice. Nationally, in 2013 it cost 35% less to own a home than to rent according to that year’s study by real estate website Trulia. That despite rising home prices and mortgage rates. But that was last year, and the experts have been pretty unanimous in predicting that interest rates will continue to rise—ending up somewhere near 5.5% by 2014’s end (per the National Association of REALTORS®).

In the face of higher interest rates and home price tags, will 2014 be the year when renting becomes more affordable than buying?

While first-time home buyers in Blue Springs are faced with increasing house prices and mortgage rates, renters also find another national trend: higher rents. Rents have been on the rise for the past few years, with continued increases expected throughout 2014. According to Axiometrics, the folks with the latest data, apartment rents are on course to rise by 3.04% in 2014. Research firm Reis puts the expected rise at 3.15%— and both say the causes are the potent combination of tight supply and rising demand. Whenever the economy improves, each incremental gain puts even more pressure on rents—which acts as an offset to any financial benefits of renting versus owning.

Where does that leave our typical Blue Springs first-time home buyers? Most recently, national averages show it is still about 21% cheaper to own rather than rent. According to the Trulia study, by fall of last year, the earliest tipping point at which it would have become more expensive to own rather than rent would have been expected to occur if interest rates hit 5.2%—but only in San Jose, California—and only if rents had remained fixed (which didn’t happen, even in San Jose). Nationally, out here in the real world, Tulia admitted “mortgage rates will not tip the housing market in favor of renting over buying until rates hit 10.5%...”

Blue Springs first-time home buyers can be a bit more confident as they take in one more piece of information from the real world of April 2014 (no matter what the experts predicted): over the past few weeks, national mortgage interest rates have been edging down instead of rising! That may well change direction again (probably will), but for now at least, I have to say that it’s a pretty clear call in the spring of 2014: time to get pre-qualified!

That’s the Blue Springs first-time home buyers’ Step One…it also happens to be an ideal time to give me a call! 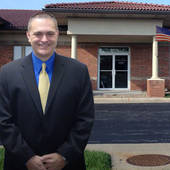