“I think I just showed my client a brothel” is a saying you will not hear too often in the real estate world. Imagine this. You just left a showing with your client. For arguments sake, let’s say it was a condo unit in the square one area. Upon leaving the premise you think to yourself, “something is not right with that unit.” You carefully piece the puzzle together and say to yourself, “OH MY GOD!” that place is a brothel. I would like to share with you some “tell all” signs that the premise you just left is a brothel.

Let’ start by defining the term “brothel.” According to the Criminal Code of Canada, a brothel is a place where people may come to engage in sexual activity with a prostitute. Any place where prostitution occurs is considered a brothel. It’s that simple. A brothel could be a car, hotel or even a detached home. For the purposes of this article, let’s use a condo unit as an example.

In this typical day and age, many brothels are advertised on craigslist and kijiji. You do a quick search and call the number advertised. You communicate with a man or woman on the other end who gives you an address and buzz code to get up to the unit. Upon entry into the unit, you communicate with the sex trade worker who requests money from you and then, well, use your imagination.

As a real estate agent it is crucial for us to be able to identify a brothel. Why not? We were all trained on marijuana grow-op’s. Brothel’s, just like marijuana grow-op’s can add stigma to a property. So let’s get started on some of the signs to look out for.

Have you ever seen a doorbell outside of someone’s condo unit? I haven’t. Upon entry into the unit this is the first sign you should look for. The doorbell is used as a safety mechanism for the sex trade workers that are occupying the unit. An operational doorbell alerts sex trade workers that someone is at their door. In addition, doorbells are typically connected to close circuit television cameras. Once the doorbell is activated, close circuit cameras become operational.

2. Damage to the door frame

Take notice of the doorframe. Does it appear to be damaged? Upon entry, does the doorframe contain reinforced medal. Are there more than 2 deadbolts on the door? A damaged doorframe is indicative of past police presence. In plain English, the police were once there and raided the place. The battering ram that law enforcement personnel use to breach doors during search warrants is the cause of this damage.

Conventional peephole viewers will only give you a very limited view of who is outside of your door. The peephole viewers that you would see in brothels are two to three times larger. Workers on the other end are able to capture a larger image of who is standing at their door.

Picture this. You are now inside the unit with your client. Upon entry, the home line won’t stop ringing. The whole time you are showing the unit to your client, that damn phone won’t stop. Not only that. Now you hear cell phones ringing in the bedrooms. In my opinion one of two things is happening. First, the home number and cell phones are probably advertised on craigslist, kijiji and backpages. So you’ve got clients calling these numbers. Secondly, the “john” (the person that runs the sex trade workers) is looking to speak to his workers and can’t find them.

As agents, we have all shown units that are either furnished or unfurnished. So how is it different in this case? There’s no furniture in unit that you’ve walked into except for a bed in each bedroom. That’s it! There’s no couch, no TV. Nothing!

As you can see from the list above, these are some obvious things to look for when conducting a showing with a client. Although my list is not complete, there are a plethora of other signs that I have yet to discuss. Stay tuned for a second part of this article where I will be examining additional signs that I feel are necessary in identifying a brothel.

The oldest profession. Bigger before cable TV... heck Miss Kitty ran one, Matt Dillion drank there. Before HBO, lots of entertainment, it was turn the lights off. Still is.

Hi Sam, I had to read this one, haha.  I don't think I have ever shown a brothel, but now at least I know what to look for.  Very entertaining and a bit sad all at the same time. 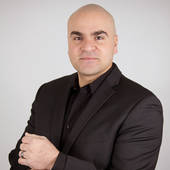